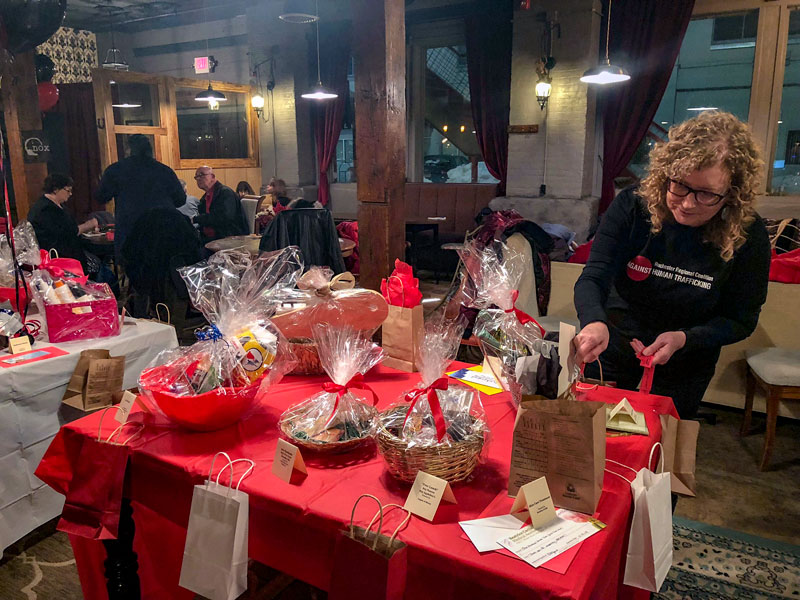 In recognition of January as National Slavery and Human Trafficking Prevention Month, the Rochester Regional Coalition Against Human Trafficking hosted a Jan. 28 fundraiser at Nox Lounge at Village Gate. The event also celebrated the coalition’s recent recognition as a 501(c)(3) nonprofit and raised funds for expanding efforts to promote awareness of human trafficking in the community.

During the event, RRCHAT presented the following statistics collected by the U.S. State Department:

What is human trafficking?

The Trafficking Victims Protection Act of 2000, a statute adopted by the U.S. Congress, defines human trafficking as a form of modern-day slavery in which people profit from the exploitation ofothers.

“Since human trafficking is grossly underreported, these numbers are only estimates,” McIntosh said.

It exists in Rochester

In November, a federal jury convicted Rochester resident Andre L. Barnes of human sex trafficking and other charges. According to the U.S. Department of Justice, Barnes would visit social servicesaround the city selecting vulnerable young girls and women. McIntosh noted that Barnes was sentenced in January to 27 years in prison by U.S. District Judge David G. Larimer.

“All victims experience one shared experience, the loss of freedom,” said McIntosh, who added that she hopes continued efforts by the coalition will increase awareness and services for survivors ofhuman trafficking in Rochester.