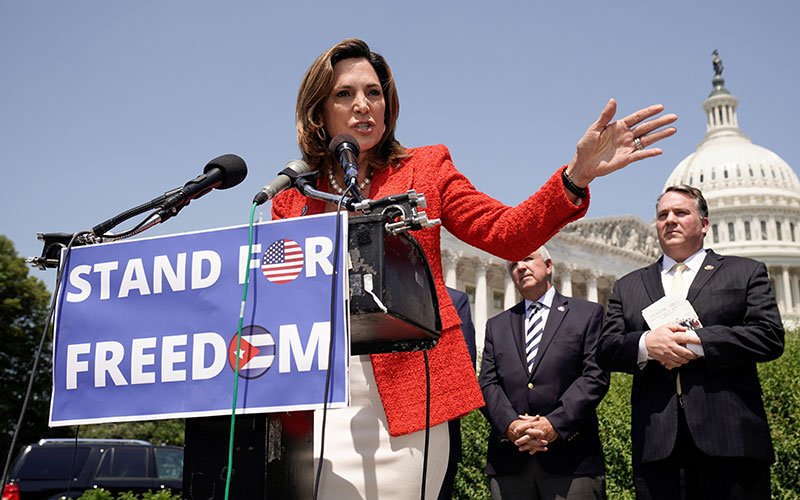 WASHINGTON (CNS) — Republicans are divided on an immigration bill introduced by members of their own party that would grant citizenship to millions who are in the country without legal permission.

Congresswoman María Elvira Salazar, of Florida, in a Feb. 9 news conference, talked about the Dignity Act. The bill that would help those who were brought into the country as minors without legal permission and others who contribute to the U.S. economy, while it also would focus on reinforcing the border.

“The United States has historically been a beacon of refuge for those fleeing violence and oppression or seeking a new life and opportunities,” Salazar said. “In recent decades, our broken immigration system has been exploited, leading to a situation that is unbecoming of our great nation.”

“While the United States is a nation of laws, we are also a nation of second chances,” she said. “Through dignity and a chance at redemption, this legacy can continue.”

Some of the provisions in the proposal include having immigrants pay $1,000 annually for 10 years into a fund as restitution and that money would help train other workers.

The measure would “streamline” a path for minors brought into the country illegally as children and beef up structures and systems at the U.S. border — also to be paid by a tax on the immigrants who apply. But they “will not have access to federal means-tested benefits or entitlements,” said a news release describing the bill.

Members of Salazar’s own party balked at it, exposing the rifts within the Republican party between those who want to back immigration reform and those opposed to it completely, calling it a type of “amnesty.”

“I have asked some of my colleagues that — to explain to me and to give me a rigorous definition of what (amnesty) means. No one has been able to give it to me,” Salazar said.

Republican Ronald Reagan in 1986 was the last U.S. president to successfully rally Congress to pass legislation that legalized, on a grand-scale, groups that had entered the country without permission to do so by granting 3 million people what some call “amnesty.”

Others, like North Carolina Republican Madison Cawthorn, however, said the proposal is “dangerous.”

Fox News Digital, in a Feb. 9 article, quoted Cawthorn as saying that any proposal should be “focusing on deportations and securing our border.”

Democrats, too, have made repeated attempts at immigration reform, but none of the bills they have introduced have been able to garner support from a majority in Congress.