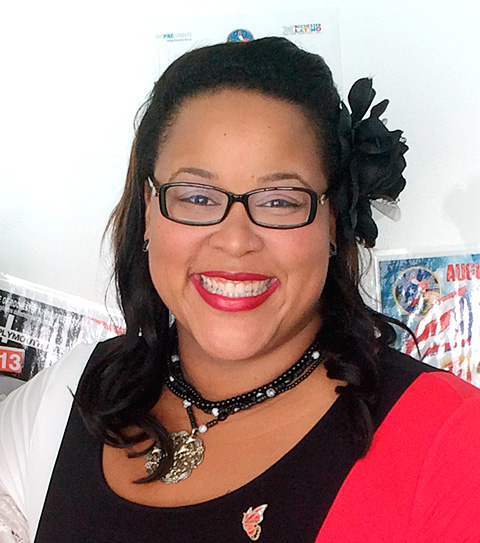 The award honors an individual who has helped the Latino community "envision the future and identify paths to success, while promoting diversity and multiculturalism," according to information from the committee. It is named after Father Laurence Tracy, a longtime advocate for the local Latino community, who was not able to attend the event due to undergoing shoulder surgery earlier last month.

A New York City native who moved to Rochester at a young age, Paredes is a multiprogram manager at Rochester Institute of Technology.

"Stephanie believes in the power of giving and recently demonstrated this when she traveled to the Dominican Republic on a church mission trip to serve children in low-income neighborhoods," Mayoliz noted.

Paredes said that her faith is what leads her and keeps her on the right path. And she added that the work she does fulfills the responsibility every person has to help others.

"All I ever wanted to do with my life was give it away," she said. "I just liked to give. … Somos Latinos. Tenemos voz, presencia y talento. (We are Latinos. We have a voice, presence and talents.)"