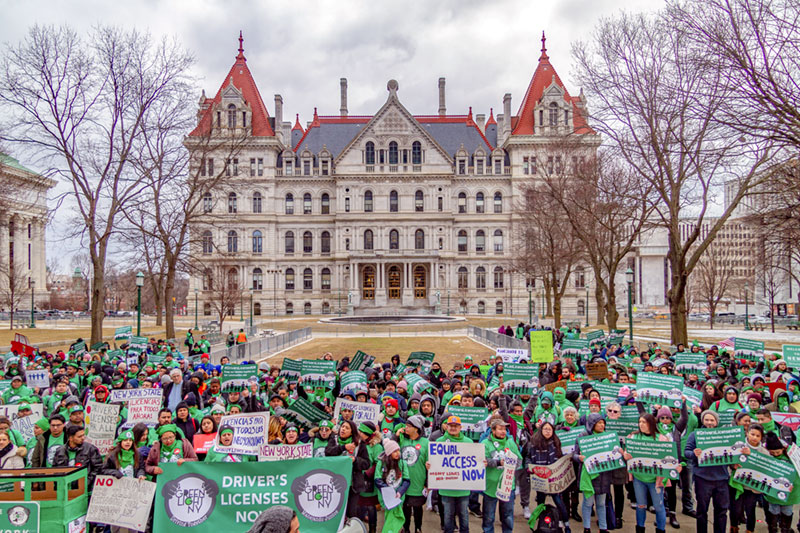 On the evening of June 17, Gov. Andrew Cuomo signed into law the Driver’s License Access and Privacy Act, which will allow undocumented New Yorkers to obtain driver’s licenses.

The bill — more commonly known as Green Light NY — was sponsored by state Sen. Luis R. Sepúlveda (D-Bronx). It was signed shortly after being passed by the Senate in a 33-29 vote earlier in the day on June 17, according to information on the Senate’s website (https://bit.ly/2XnnJjw). The bill had been passed by the state Assembly on June 12 in an 86-47 vote, according to information on the Assembly’s website (http://bit.ly/2IMMhZS).

The bill expands the types of foreign records the Department of Motor Vehicles will accept as proof of identity. It also waives the requirement of a Social Security Number if an undocumented immigrant submits an affidavit stating that he or she has not been issued one.

The bill also prevents the disclosure of Department of Motor Vehicles records relating to these licenses to an agency that primarily enforces immigration law, such as U.S. Immigration and Customs Enforcement and U.S. Customs and Border Protection.

Check back for further updates on this story.