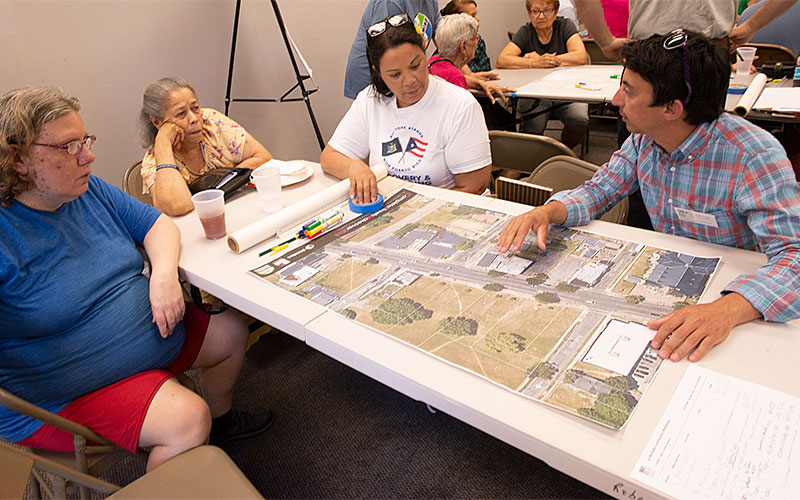 Come September, a northeast Rochester neighborhood will see some temporary streetscape changes that will demonstrate how the area can be made a safer place to live, work and play.

In March and April, the transportation advocacy group Reconnect Rochester sought nominations from the public for the Complete Streets Makeover program. The initiative aims to identify neighborhoods and intersections in Monroe County that are in need of redesigns for safety reasons.

According to information on Reconnect Rochester’s website, (http://bit.ly/2YQylrQ), there were a total of 159 nominations for 31 locations in the county. In June, Reconnect Rochester announced that North Clinton Avenue’s El Camino neighborhood was the 2019 Complete Streets Makeover winner. Two finalists also were named, South Clinton, South Goodman and Henrietta streets in Rochester, and Monroe Avenue and Sutherland Street in the Village of Pittsford.

According to information from Reconnect Rochester, the El Camino neighborhood was selected as the winner because it presented the right mix of community support, evidence of safety concerns and potential for a street redesign that would create real, transformative change for the community.

On June 5, the Complete Streets Makeover design team, comprised of volunteers from the architectural firm Stantec and the Community Design Center, solicited feedback from the community and used it to draft a conceptual design showing how the El Camino neighborhood’s streetscape could be improved. Suggested improvements included additional light fixtures and widened and reflective crosswalks.

The streetscape improvement design was presented to the community June 27 by Michael Damico, an architect at Stantec, and Maria Furgiuele, executive director of the Community Design Center. According to Furgiuele, Reconnect Rochester sublets space at the center; this is the second year the two organizations have partnered together for the Complete Streets Makeover program.

“At The Community Design Center, we create the charette envision plan and then work with the community to facilitate those processes,” Furgiuele said.

In September, a temporary on-street installation of the design will be implemented and will be on display for three months, Furgiuele said. Stantec will collect data from the neighborhood by recording automotive speeds and tracking accidents before and after the installation to learn how the temporary streetscape changes affected such things as traffic and pedestrian crossings.

According to Furgiuele, the temporary installation is being funded through community donations and grants. The City of Rochester would need to agree to fund and maintain the installation for it to be permanently added to the location, she noted.

According to Furgiuele, the Complete Streets Makeover project will coincide with the plans already underway for the El Camino neighborhood, such as the renovation of Don Samuel Torres Park and the development of La Marketa at the International Plaza.