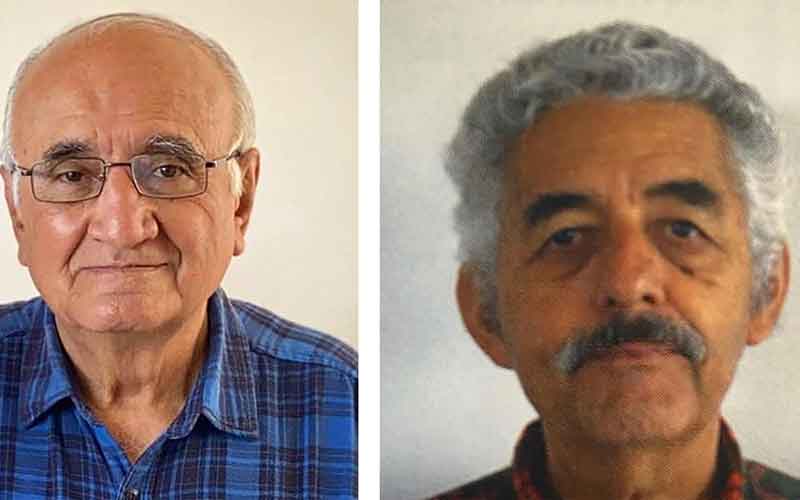 Mexican Jesuits Father Javier Campos Morales and Father Joaquín César Mora Salazar were murdered in their rural parish June 20, 2022, while providing shelter to an individual fleeing a gunman. U.S. members of Congress are calling for action about the slayings of the two Jesuits. (CNS photo courtesy The Jesuit province in Mexico)

MEXICO CITY (CNS) — U.S. members of Congress have sent a letter to President Joe Biden, urging him to “work closely with the Mexican government to sure there is full accountability for the murders” of two Jesuits in their parish and a tour guide they were protecting.

The Aug. 3 letter from 24 lawmakers — all Democrats — described the killings as “emblematic of the rampant violence that plagues many regions of Mexico and takes a devastating toll on the Mexican people.”

The letter calls on the Biden administration “to work closely with the Mexican government to ensure prompt and full justice for these killings and to encourage the implementation of policies to end the cycle of violence.”

Jesuit Fathers Javier Campos Morales and Joaquín César Mora Salazar were murdered June 20 along with a tour guide named Pedro Palma in their parish in the Sierra Tarahumara of Chihuahua state. A gunman chased Palma into the parish in the municipality of Urique and shot him dead — then shot the Jesuits as they attended to the victim.

“Members of clergy are particularly vulnerable to violence because they serve disadvantaged communities where crime is most prevalent. They also act as peacemakers, mediating disputes between gangs in regions with minimal government presence,” the letter said. “For these reasons, more than 30 priests have been killed in Mexico over the past decade, and many of these murders remain unsolved.”

The slayings have caused outrage in the Mexican Catholic Church, which has called for the country’s president to reconsider his security policies. Church leaders also organized days of prayer and remembrance for the victims of violence — and the conversion of the victimizers — during the month of July.

“We recognize that we are part of the Mexican family, which experiences the mourning of its dead,” the Mexican bishops’ conference, Society of Jesus in Mexico and Conference of Major Superiors of Religious of Mexico said in a joint statement July 19.

“The memory of the priests and disappeared in the country in recent years makes us see how we are vulnerable and the pain we bring as a church. But it also makes us empathetic to the families who have suffered the murder or disappearance of a loved one,” the statement continued. “In this way, we recognize the efforts made in search of their disappeared family members, and we share the pain of this tragedy experienced by the country.”

A local crime boss identified as José Noriel Portillo Gil was identified as the suspect and is still on the lam, though federal officials say 17 suspects — including Portillo’s relatives — have been arrested.

The slayings elicited a vocal church response on security matters — something observers say has been somewhat subdued in Mexico over the past 15 years as drug cartel violence escalated, causing more than 20,000 deaths annually since 2010 and leaving more than 100,000 Mexicans missing.

Several priests and bishops have called on President Andrés Manuel López Obrador to change his stated security strategy of “hugs, not bullets.” The president has pushed back, accusing Catholic leaders of being manipulated by elites aligned with his political opponents and not following teachings of Pope Francis.

Mexico recorded 35,625 homicides in 2021 — 28 per 100,000 people, roughly four times the U.S. homicide rate — a decline of 3.12% from 2020, according to the state statistics service INEGI. López Obrador blamed the high homicide rate on his predecessors’ security policies, which he has said plunged the country into an unnecessary spiral of violence.

Although the president has promoted “hugs, not bullets,” his approach to security still relies heavily on the military, which has been given increased public security and civil administrative tasks since López Obrador took office in late 2018.

The letter to Biden stated, “We also encourage you to push back against President Andrés Manuel López Obrador’s militarized approach to combating organized crime, which raises serious human rights concerns and fails to confront the root cause of violence: the pervasive culture of impunity.”