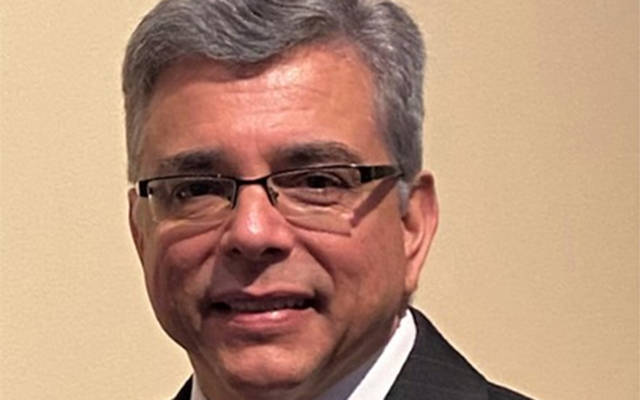 Edwin A. Rivera, one-half of the couple behind a popular Catholic Courier blog about marriage, passed away suddenly Aug. 1, 2020. He was 59.

Mr. Rivera and his wife, Leonor “Leo” Rivera, were introduced to Courier readers in September 2018, when the first installment of their blog, “To Have and To Hold,” was published on the Courier’s website. Over the next 22 months, the Riveras shared their love story with readers, each month offering a glimpse into their lives and the lessons they’ve learned throughout 34 years of marriage.

“He believed in nurturing what is important to you,” Leonor Rivera said of her husband’s commitment, both to regular participation in Marriage Encounter experiences as well as to their own marriage in particular. “When he talked to me, he gave me his attention and tried to really listen and understand me. I felt important to him.”

It was through the local Marriage Encounter community that the Riveras met Deacon John and Belinda Brasley in 1992.

“It didn’t take long for me to figure out that Ed was the smartest, kindest, most generous person I’d had the fortune to know,” Deacon Brasley recalled.

The Brasleys, the Riveras and their children soon became fast friends, even taking occasional family vacations together, Deacon Brasley said. Both families annually attended Family Camp at Camp Koinonia in Yates County, and the two couples presented dozens of Marriage Encounter weekends together, he said.

“Ed was a model of Christian discipleship. He was unfailingly attentive, loving, forgiving, patient and faithful,” Deacon Brasley said. “Everyone who met Ed couldn’t help but feel loved, important and appreciated. I’m a better husband, father, friend, Christian because of his wonderful guidance and example.”

Mr. Rivera, who worked as an engineer with Delphi Technologies, also served as a role model for many young people through his work as a mentor for high-school students participating in FIRST robotics competitions.

Mr. Rivera also was a founding member of La Unidad Latina/Lambda Upsilon Lambda at Cornell University, which was one of the first Latino fraternities in the United States and is dedicated to service. He also had served on the board of Ibero-American Action League in Rochester, which serves Latino individuals and families in Rochester and New York state.

“We’re really saddened by Ed’s passing,” said Julio Sáenz, Ibero’s chief communications and development officer. “He was a really kind individual who gave back to the community and was a valued member of our board of directors.”

Mr. Rivera was also a longtime member of St. John of Rochester Parish in Fairport.

“He was all about making the world around him better by helping, teaching and encouraging people,” Leonor Rivera said. “He kept a positive, can-do attitude that helped those around him believe anything was possible if you were willing to work hard for it.”

In addition to his wife, Mr. Rivera is survived by his sons, Sean and Jordan; his father, Edwin S. Rivera; and his sisters, Eileen Rivera Ley, Sandra Rivera, Mildred Rivera, Caroline Rivera and Suzanne Rivera.

Those who knew Mr. Rivera are invited to share their memories, photos and stories with his friends and family via email at EdRiveraMemories@gmail.com.