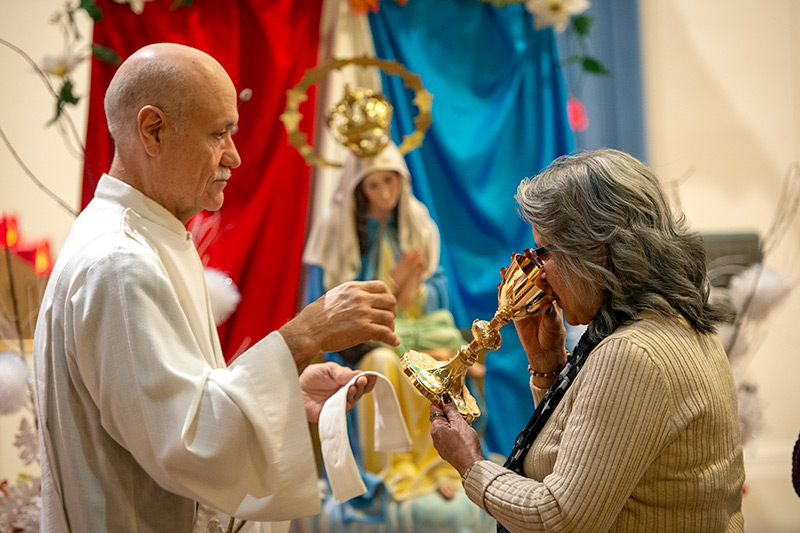 Western New York’s first case of the coronavirus (COVID-19) was confirmed late Wednesday, March 11, in a Rochester man who had recently returned from Italy. In response to this news Dr. Michael Mendoza, Monroe County’s public health commissioner, recommended the cancellation of all gatherings of more than 50 people. Later that day, New York Gov. Andrew Cuomo announced a statewide ban on gatherings of 500 or more people, and has reduced by half the legal capacity of facilities with a maximum occupancy of less than 500.

Weekend Masses at the parishes throughout the 12 counties of the Diocese of Rochester have not been cancelled, but the diocese has provided parish leaders with a set of precautionary guidelines (http://bit.ly/3cWemwb) in an attempt to prevent the spread of the virus.

The guidelines, issue March 12 by Father Paul Tomasso, diocesan vicar general, suggest those who are sick from any illness stay at home, and those who feel at risk from exposure to the virus — especially the elderly and most vulnerable — to also stay home.

“Anyone with concern for his or her health is not obligated to attend Mass,” the guidelines state.

Reception of the Precious Blood from the chalice has been suspended, as has hand-holding during the Our Father and handshakes during the Sign of Peace. Catholics are strongly encouraged to receive the Eucharist in the hand rather than on the tongue. The guidelines also state that church fonts for holy water must be emptied, cleaned and changed regularly, and may be emptied or removed.

Catholics also are encouraged to seat themselves in a way that is not conducive to the spread of germs.

“The size of many of our churches and the number in attendance allows for appropriate ‘social distancing’ and the faithful should be advised to sit accordingly,” the guidelines state.

New York state’s March 12 ban on gatherings of 500 or more and reduction of the capacity of smaller facilities should not affect most parishes, based on most churches’ capacities and reported number of Mass attendees, according to Father Tomasso’s letter.

“This does not appear to affect many of our parish Masses. If it does, parishes are encouraged to offer an additional Sunday Mass to distribute the number of worshippers more widely.”

Although Masses have not been cancelled, many other activities that had been planned by Catholic parishes, schools and institutions have been cancelled or postponed.