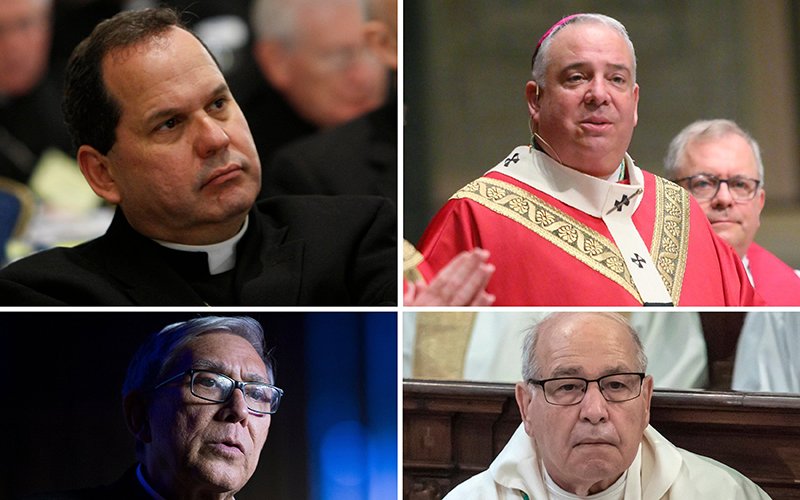 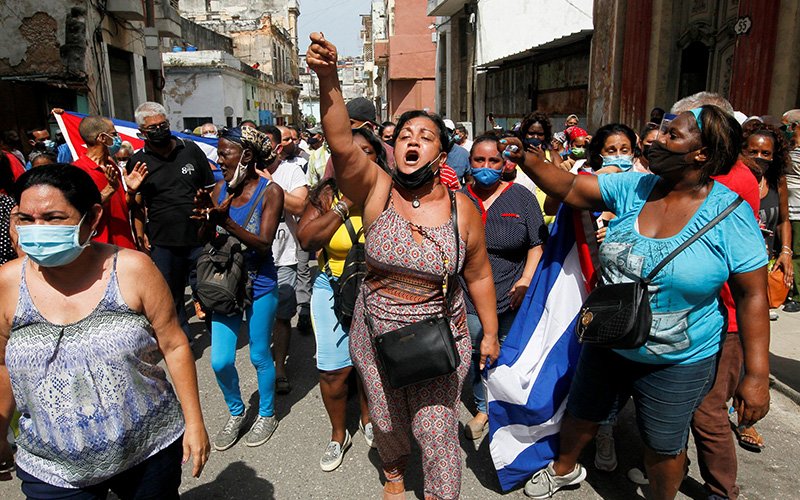 WASHINGTON (CNS) — Four Cuban American bishops called on the international community to provide humanitarian aid to the people of Cuba and expressed solidarity with them following protests that erupted on the island nation starting July 11.

“We call on international governments and all charitable organizations to collaborate in assisting in this urgent humanitarian crisis for the sake of the suffering people of Cuba, especially the sick and the poor,” they wrote in a joint statement July 13.

It was signed by four bishops who were born on the island or have Cuban heritage: Archbishop Nelson J. Pérez of Philadelphia; Auxiliary Bishop Manuel A. Cruz of Newark, New Jersey; Bishop Felipe J. Estevez of St. Augustine, Florida; and retired Auxiliary Bishop Octavio Cisneros of Brooklyn, New York.

“We commend the care of Caritas Cubana, as it continues to mediate — with ever so limited resources — a response to the basic human needs of the people of the island, recognizing that the alleviation of suffering is a moral imperative,” they said in the letter.

Despite the threat of COVID-19, which is ravaging the island, Cubans took to the streets of various major cities and towns to protest the lack of food and medicine.

“In dramatic and courageous images that have been seen throughout the world, the people of Cuba went to the streets in massive demonstrations of solidarity, in towns, villages and cities on July 11 and 12,” the four U.S. bishops said.

“Their motto ‘Patria y Vida’ (‘Homeland and Life’) expressed their frustrations as they experience record cases of COVID-19, a lack of vaccines, adequate medical care and needed supplies — inhuman circumstances that add to the existing lack of food and essential human necessities,” their letter continued.

“Their chant of ‘Libertad’ (‘Liberty’) underscores their desire for every Cuban citizen to enjoy basic human rights, as recognized as part of our human dignity by the United Nations and defended for centuries by the Catholic Church in its social teaching,” it added.

As Cubans and as bishops of the Catholic Church in the United States, they have been mindful of “the constant suffering and frustration of our brothers and sisters on the Island,” the four prelates said.

“We recognize that, while hundreds of thousands have experienced the need to emigrate, in order to enjoy basic human rights and a future filled with possibilities, those who have not — by choice or inability to do so — as Cubans in Cuba, are to be the actors of their own future and aspirations,” they said.

“The right and courage of the people in Cuba to raise their voice publicly, casting away their fear of repression and revealing authentic solidarity as a people, are acknowledged and applauded.”

The bishops also voiced worries as various news outlets have reported arrests and broadcast use of force by authorities in videos posted on social media.

“We, Cuban-American bishops, join in solidarity with the Cuban people in their quest for responses to their human rights and needs. We are deeply troubled by the aggressive reaction of the government to the peaceful manifestations, recognizing that ‘violence engenders violence,'” they said.

“Such a reaction seems to negate the basic Cuban principle of having ‘una patria con todos y para el bien de todos’ (‘a homeland with all and for the good of all’),” they added. “We stand in solidarity with those detained because they have voiced their opinions. We pray for their families and call for their immediate release.”

They also expressed solidarity with the bishops on the island, asking for the intercession of the island’s patron saint.

“As always, together with our brother bishops in Cuba, and our brothers and sisters inside and outside the island, we continue to place our trust in the motherly gaze of the patroness of Cuba, Our Lady of Charity.”