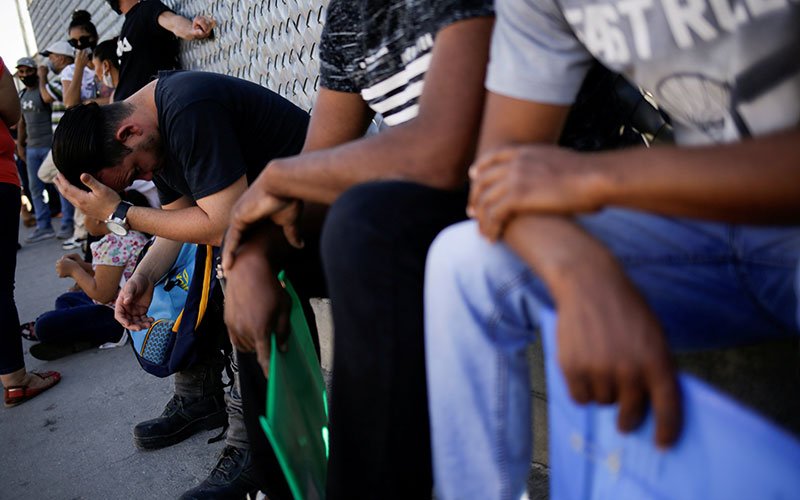 WASHINGTON (CNS) — The U.S. Department of Homeland Security said Aug. 8 that it was set to end, in “a quick, and orderly, manner,” a Trump-era policy that keeps asylum-seekers out of the country while they wait for immigration courts to hear their cases.

The Biden administration has battled legal impediments since its first day in office to end the Migrant Protection Protocols, popularly known as “Remain in Mexico,” created in late 2018 by the Trump administration and implemented in January 2019.

Since then, under MPP, individuals asking for asylum at U.S. border crossings — or in between ports of entry after crossing — were given paperwork and scheduled for a hearing for an asylum claim, then told to return to the Mexico side to wait out the process.

But many immigrant supporters said that put people in danger as cartels near the border preyed on them and they faced kidnapping, extorsion, assault and, in some cases rape, as they struggled to survive each day in dangerous border towns.

Official figures show that under this program, 70,000 people have been forced to wait in Mexico, with the majority of them coming from places such as Venezuela and Nicaragua, which are both experiencing political and economic turmoil. DHS said those enrolled will be allowed to enter during their next scheduled court date.

But even if they enter, there is no guarantee they will be allowed to stay. It just means they can wait out the process in the U.S.

DHS reiterated that it was still enforcing Title 42, a health measure that kicked in during the coronavirus pandemic and has been enforced by the Trump and Biden administrations.

U.S. Customs and Border Protection has said in the past that the provision is to prohibit “the entry of certain persons who potentially pose a health risk, either by virtue of being subject to previously announced travel restrictions or because they unlawfully entered the country to bypass health screening measures.”

The most recent DHS news release on ending MPP said “that individuals encountered at the Southwest border who cannot establish a legal basis to remain in the United States will be removed or expelled.”

Catholic organizations have repeatedly protested against the Biden and Trump administrations on both measures.