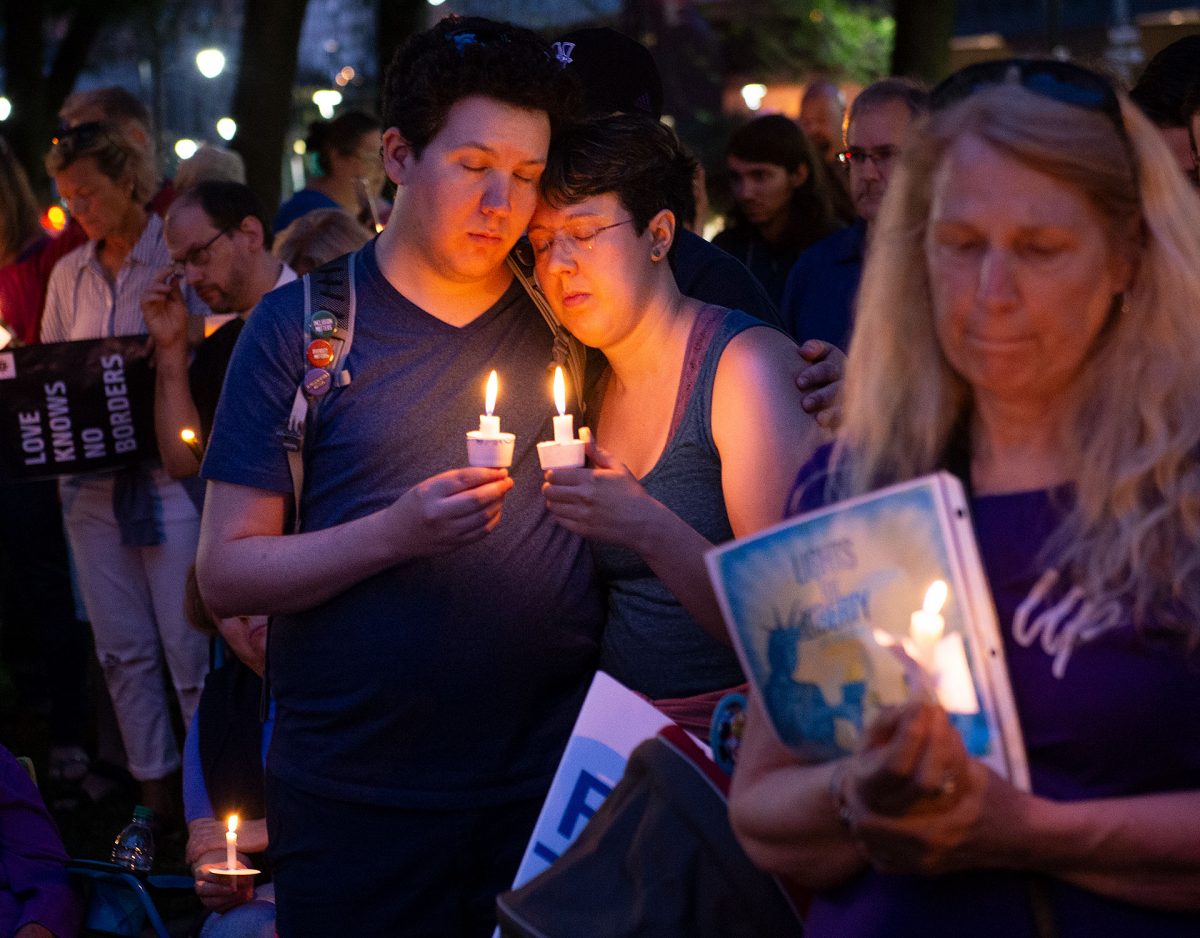 A moment of silence is observed during "Lights for Liberty: A Vigil to End Human Concentration Camps" at Washington Square Park in Rochester July 12.

ROCHESTER — More than 100 people gathered at Washington Square Park July 12 to call for an end to immigrant detention centers as part of the national “Lights for Liberty: A Vigil to End Human Concentration Camps” that took place in more than 700 cities nationwide.

“This peaceful gathering is a part of a national effort to bring thousands of people of conscience across the country together to protest the inhumane conditions faced by refugees at our borders, particularly children,” said Samantha Hass, who organized the Rochester event.

Hass and her team set up a table at the event at which individuals could fill out postcards calling for the closure of the detention centers. After the event, Hass collected the cards to be mailed out the following week to congressional representatives.

Informational tables surrounded the soldiers and sailors monument located at the center of the park, with participants gathering at the site beginning at 7 p.m. July 12. Hass had encouraged individuals who wanted to bring signs to include pictures of those who had died in or near immigrant detention centers. She had offered a link with such pictures on the Facebook page for the event.

Some participants carried signs with pictures of the children who had lost their lives, while others held up signs with the words “Close the Camps” or “Mercy for Justice.”

During the talks, Gabriel Marcano, an employment and labor paralegal for the Worker Justice Center of New York, described how the center assists migrants.

“I want to assure everyone out there that there is help, and no one should have to live in fear,” Marcano said.

As the speakers finished, electronic tea candles and candle sticks were passed around to participants, who lit them for the vigil portion of the event.