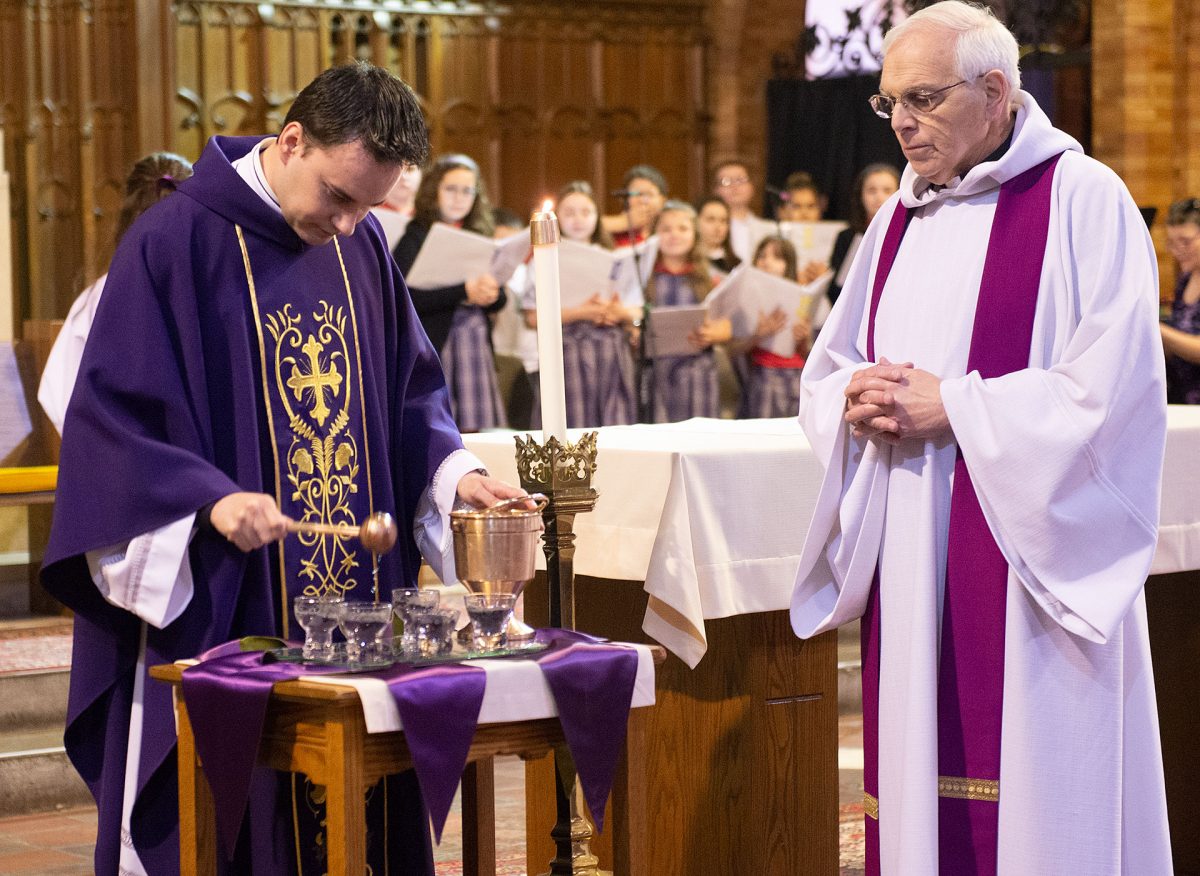 It seems that we only just celebrated Christmas, yet on February 26, Ash Wednesday, we began the holy season of Lent. In his Lenten message, Pope Francis describes Lent as “a favourable time to prepare to celebrate with renewed hearts the great mystery of the death and resurrection of Jesus, the cornerstone of our personal and communal Christian life.” The close proximity of Christmas to Lent powerfully reminds us that the Child of the crib was destined to become the Savior upon a cross. In this holy season, “Keep your eyes fixed on the outstretched arms of Christ crucified, let yourself be saved over and over again. And when you go to confess your sins, believe firmly in his mercy which frees you of your guilt” (Pope Francis, 2020 Lenten Message, quoting the Apostolic Exhortation, Christus Vivit, no. 123).

As the time since Christmas passed so quickly, so too can these days of Lent without having any significant impact upon our lives. Perhaps we need to reflect upon our experience of the previous Lenten season and review what we had hoped to accomplish but did not. We need to have concrete goals, which are not difficult to measure or identify. Attendance at daily Mass remains the first and best way to enrich our relationship with the Lord. At the chapel of our diocesan Pastoral Center, Holy Mass is offered each day, Monday through Friday, at 12:15 p.m., and is available to the faithful of the diocese.

When we have sinned, restoring our relationship with the Lord through the Sacrament of Reconciliation brings healing, solace and helps us to be a forgiving people in imitation of Jesus. As we daily witness the rise of anger, division, hostility and discord in our society, the virtue of reconciliation, forgiveness, needs to be cultivated, and it begins with each person recognizing his or her personal faults: “Why look at the speck in your brother’s eye when you miss the plank in your own” (Matthew 7:3).

Reconciliation is the path to charity, which opens our hearts to our brothers and sisters in need, the poor and the abandoned, and to “feeling compassion towards the wounds of the crucified Christ present in the many innocent victims of wars, in attacks on life, from that of the unborn to that of the elderly, and various forms of violence … Today, too, there is a need to appeal to men and women of good will to share, by almsgiving, their goods with those most in need, as a means of personally participating in the building of a better world. Charitable giving makes us more human …” (Pope Francis, 2020 Lenten Message).

Praying the Stations of the Cross so powerfully reminds us of Christ’s intense love for us that He would endure such suffering on that via crucis. His path to Calvary encourages us in our own struggles because we know Christ understands these sufferings, becoming our Simon of Cyrene, and shouldering our crosses freely and lovingly.

Now at this point you are saying to yourself, “Well, none of this is new.” No, it is not new, but sometimes it seems that these basic elements, essentials, of the Christian life have been forgotten, neglected and cast aside. Sadly, Mass attendance has declined, the Sacrament of Reconciliation does not hold the place of prominence it should have as a Sacrament instituted by Christ, and depression has grown in our society as so many feel alone and isolated. Christian charity is attacked daily by acts of inhumanity and disregard for the dignity of the human person as a child of God created in God’s image and likeness.

In a world filled with words and constant communication in various forms, we can neglect the need for solitude, prayer, contemplation and reflection — an assessment of our lives — and get caught in what Pope Francis calls “empty chatter, like that attributed to the ancient inhabitants of Athens, who ‘spent their time in nothing except telling or hearing something new’ (Acts 17:21). Such chatter, determined by an empty and superficial curiosity, characterizes worldliness in every age; in our own day, it can also result in improper use of the media” (Pope Francis, 2020 Lenten Message).

I pray that Lent will truly be a real time of growth that strengthens our relationship with the Lord, who ultimately is the source of our peace and hope. Let us seize the moment!

United with you in prayer and humbly requesting a memento in your prayers, I remain,