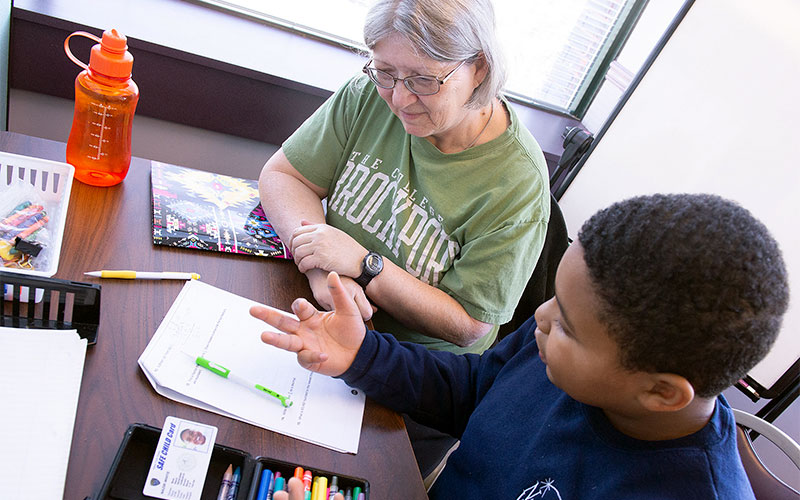 A second Notre Dame Learning Center location has come to fruition after two years of collaboration between the School Sisters of Notre Dame and Irondequoit’s Bishop Kearney High School.

The SSNDs established the learning center, located at 71 Parkway in Rochester, in 2004 to provide math and English language arts tutors to Rochester City School District students. The new tutoring center at Bishop Kearney opened in January and will offer the same services to RCSD students.

Since its opening, the learning center has tutored more than 1,500 students in first through ninth grades, according to the center’s website. Sister Mary Smith, the center’s math supervisor, said 50 children are currently receiving services.

According to the center’s director, Sister Evelyn Breslin, as students receive tutoring, their skill growth is measured through teacher-administered tests given at the center. Such tests showed that 80 percent of the children who receive tutoring services demonstrated significant academic improvement, she said.

Such improvements enable students to achieve success as they continue with their education. For example, Sister Breslin recalled a female student who was in the program for four years and liked to cook who went on to attend culinary school after high-school graduation. Another individual associated with the center, whom Sister Breslin considers a success story, was a tutor who was with the center for seven years before leaving with aspirations to become a police officer. Last year, he was in the process of taking the exam to become one. She said she expects to see him someday patrolling the streets of Rochester.

Such successes prompted the sisters to expand the center’s tutoring program to a second site, Sister Breslin said.

Choosing Bishop Kearney as its second location already has benefited the center, as the school’s president, Steve Salluzzo, reached out to alumni to ask them to participate in the new program. Seniors at the school also were invited to volunteer their time as tutors after school, Sister Breslin told El Mensajero Católico.

Since the center charges a nominal registration fee of $20 per student, Sister Breslin said the center depends on its volunteers from the community to help provide tutoring services.

“We do everything we can do to secure a tutor for our students based on their needs,” she said

Sisters Breslin and Smith said that since working at Notre Dame Learning Center, they feel they have helped not only the participating students but also parents, guardians and even the tutors. Sister Smith said when looking at the number of students served and the success they display in school after attending the program, she feels the center has had a positive impact on the lives of many children.