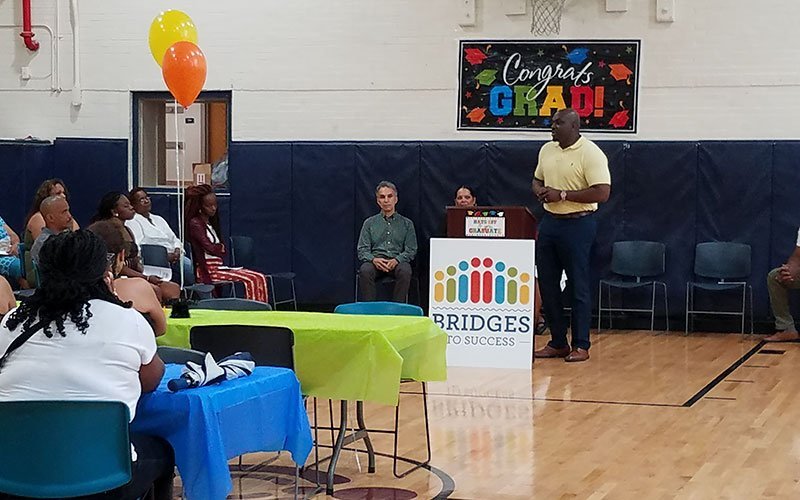 Adult mentors were the key ingredients in a pair of local initiatives that recently helped a number of adults with low incomes to achieve economic mobility and move toward self-sufficiency.

Both programs grew out of the work begun by the Rochester-Monroe Anti-Poverty Initiative, both were two-year pilot programs made possible by collaboration between Catholic Family Center, Action for a Better Community and the Community Place of Greater Rochester, with assistance from the University of Notre Dame, the Rochester Institute of Technology and the City of Rochester. The two programs, however, have significant differences, according to Ron Rizzo, director of family prosperity programs at Catholic Family Center.

“They’re actually almost opposites from each other in terms of approach and philosophy,” Rizzo explained. “We really wanted to learn what was the most effective approach so these pilots could inform future investment.”

One of the initiatives, Bridges to Success, currently is seeking funding for a second cohort. This initiative paired 160 low-income adults with professional social workers in a mentoring relationship. The program’s eight mentors all were people who were engaged in the community and both familiar with and empathetic to the issues affecting the populations they were working with, Rizzo said.

“It was more of a directive approach. All the guidance kind of came from the knowledge of the mentor,” he said.

Each mentor had a caseload of 20 participants. The pairs met at least once a month and discussed such concerns as housing, employment and education. Mentors helped participants assess their situations, set goals and develop action plans, Rizzo said.

The second program, called Family Independence Initiative Rochester, utilized peer mentors rather than professional mentors. Individuals who wanted to participate were tasked with putting together a group of between five and seven peers, who were trained by the initiative’s two administrators. The peer groups then met once a month, with initiative administrators participating only as observers, Rizzo said.

“If we heard of a resource one peer group needed that another group had, we pointed those peer groups towards each other. It’s really creating this social community that sort of self-organizes and supports itself,” he explained.

This Rochester initiative, which had approximately 150 participants, was part of a larger nationwide Family Independence Initiative, and participants had access to the larger initiative’s online tools. Using those tools, they could set specific goals and electronically record the steps they took to attain those goals. Like Bridges to Success, the Family Independence Initiative also included a financial component, and participants could earn up to $1,200 by utilizing and interacting with the online tools and achieving goals, Rizzo said.

“Average household income went up 18 percent, but the average earned income per participant (at the start) was only $447 a month, … so at graduation, they were now earning $962 a month,” Rizzo said. “This was a two-year program, and two years clearly is not enough. … What this told us is we put people on a trajectory. If we continue investing … the trajectory would continue moving people towards a living wage.”

“It’s more than the number of people who got a job,” noted Shawn Futch, program director of Bridges to Success. “Hopefully after two years we’ve taught participants how to advocate for themselves.”