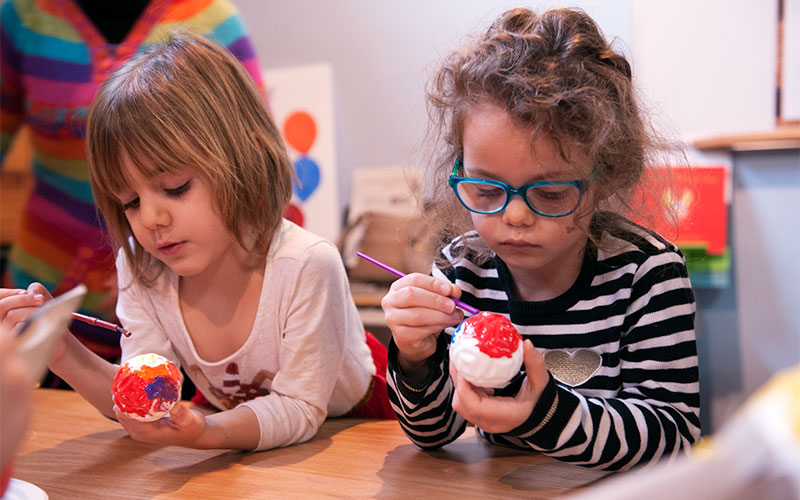 As children selected materials to paste together, Karla Alcalá, a native of Mexico and member of Grupo Cultural Latinos in Rochester, taught the children the importance of the piñata in Mexican culture.

The story-time session is one of several cultural events Hipocampo has hosted for local children since opening in April 2019.

“There are not many opportunities … (to own or open) independent bookstores, but also a bookstore that reflects the culture of the kids in this area,” Pamela Bailie, told El Mensajero Católico.

A desire to provide cultural literature and programs for children is what initially inspired Bailie and co-owner Henry Padrón to open the bookstore. The pair originally met through their involvement with the Rochester City School District, which led to them discussing opening a multilanguage/multicultural bookstore. Padrón is a retired RCSD bilingual program educator, and Bailie remains involved in the district as an executive team member for the Parent Teacher Association.

In addition to offering books not readily available elsewhere that reflect local children and their cultures, the bookstore also provides a safe place for kids and families to gather, Bailie said, adding that various family friendly programs, like story time, at no cost.

According to Padrón, the store also is available for adults to use as an open space for community meetings. Such groups as the Rochester chapter of the Puerto Rican Independence Party have used the space in the past, he said.

The store’s opening was a community effort, he added. The South Wedge location had originally housed a tattoo shop, and a group of volunteers worked with Bailie and Padrón to build the store’s many bookcases. The murals and displays on walls throughout the store also were painted by volunteers from the community, Padrón said.

Older students from the RCSD, such as Bailie’s daughter, Gabriel Hatch, and her friend Lillian Brickman, volunteer their time on the weekends to help with programs for elementary-aged children.

“It’s something to do, and it’s fun to come in and help every Saturday,” said Gabriel.