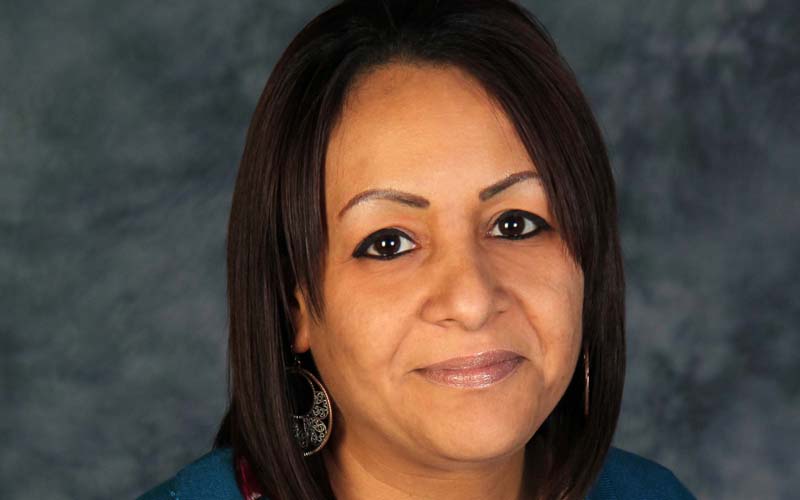 Angelica Perez-Delgado isn’t set to take the helm of Ibero-American Action League until Feb. 11, but she already has a long history with the agency.

Born in Rochester and raised in Cayey, Puerto Rico, she returned to the area at age 13. She attended the bilingual program at Fredrick Douglass Middle School and went on to attend East High School. She dropped out at 15 when she became pregnant with her first child.

That’s when her connection to Ibero began, as she turned to the agency as a young mother in need of support.

“Ibero was a big, defining organization in my life. They definitely helped me in my younger years,” Perez-Delgado said. “I got to where I am in life because a lot of people along the way mentored me, coached me, invested in me and really showed me that I could accomplish anything I put my mind into.”

Despite dropping out of high school and leaving home at 16, Perez-Delgado said she went on to complete 24 college credits at Monroe Community College. This allowed her to complete her GED and earn an associate’s degree in human services.

After an internship with Action for a Better Community, she worked for the agency full time for six years as a substance abuse counselor. During her tenure, she said she was inspired to earn a bachelor’s degree in health and community services with a concentration in substance abuse counseling from SUNY Empire State. She later earned a master’s degree in health administration from Roberts Wesleyan College.

Perez-Delgado, who also has served as a substance abuse counselor at Strong Memorial Hospital, is currently chief administrative officer at Villa of Hope, where she oversees support departments for quality and compliance training, as well as human resources. A highlight of her tenure was opening a mental hospital that is now treating about 500 patients, she said.

In 2015, after years of attending meetings and volunteering in the community, Perez-Delgado made the decision to take an active role in the organization that had helped her so many years before. Since her children had graduated high school, she said she took the opportunity to join Ibero’s board of directors so she could help her community.

In May, the agency’s longtime president and CEO, Hilda Rosario Escher, announced that she would step down at the end of 2018. That same month, Perez-Delgado decided to leave her position on the board of directors so she could apply for the president/CEO position.

Perez-Delgado said she is looking forward to beginning her position and continuing Ibero’s efforts.

“I’m feeling excited a little anxious,” she said of her new role with the organization. “I know it’s a big responsibility and big role in the community, so that leaves some anxiety, but (I’m) really excited.”

She added that she hopes to use her past work experiences to continue supporting Ibero’s health and community initiatives.

“I grew up on North Clinton as a teenager, living on my own and being on welfare,” Perez-Delgado said. “So, I’m very passionate about revitalizing North Clinton Avenue, and some of the work that even Ibero is doing through the Ibero development division with Project CLEAN and Project HOPE.”

She said she is particularly interested in helping with these projects, which have been addressing such issues as the opioid epidemic in Rochester.

Although she will be serving as Ibero’s president and CEO full time, Perez-Delgado also will continue to serve on the board for the Father Tracy Health & Wellness Center in Rochester. She will continue on behalf of Ibero some of the center’s work in the community.

“This is a chaotic time, I think, for most organizations like Ibero. They’re all experiencing different mandates, Medicaid reform and availability of funding. So, one of the first things I’m hoping to take on when I get there is figuring out what it is that Ibero needs, so that we can build an infrastructure that helps us survive,” she said.