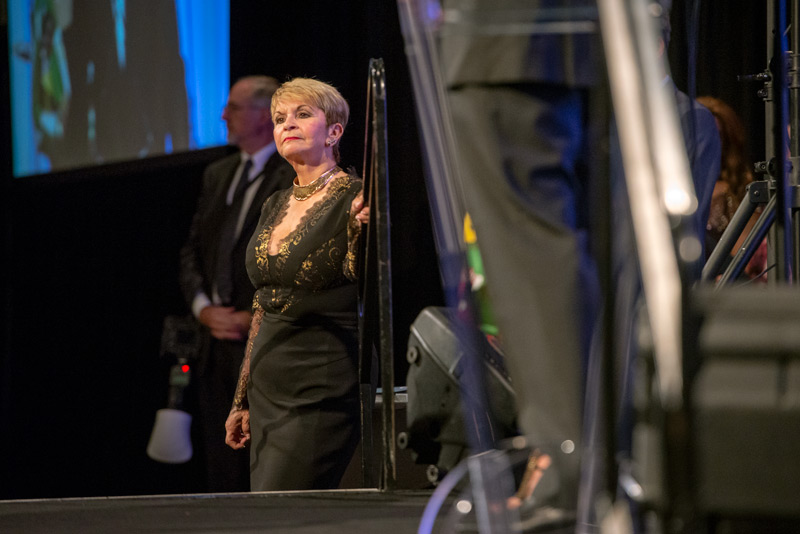 The gala, which recognized 74 area Hispanic students, was one of several events marking Ibero’s 50th-anniversary celebration this year. It featured keynote speaker J.R. Martínez, an Iraq War veteran, motivational speaker and winner of “Dancing with the Stars.”

“Ibero will never leave my heart and neither will you because you have supported year after year not only me but my agency too,” a tearful Rosario Escher told the crowd of more than 600 people. “So, I thank you very, very much.”

Rosario Escher announced last month that she will step down in December after leading the human-services agency for the past 12 years. She first began working with Ibero in the 1970s and helped create and lead the agency’s division of Developmental Disabilities.

Under Rosario Escher’s leadership, Ibero has experienced growth in the number of services and programs it provides. The agency recently has taken a leading role in the effort to relocate to Rochester families who were displaced by Hurricane Maria.