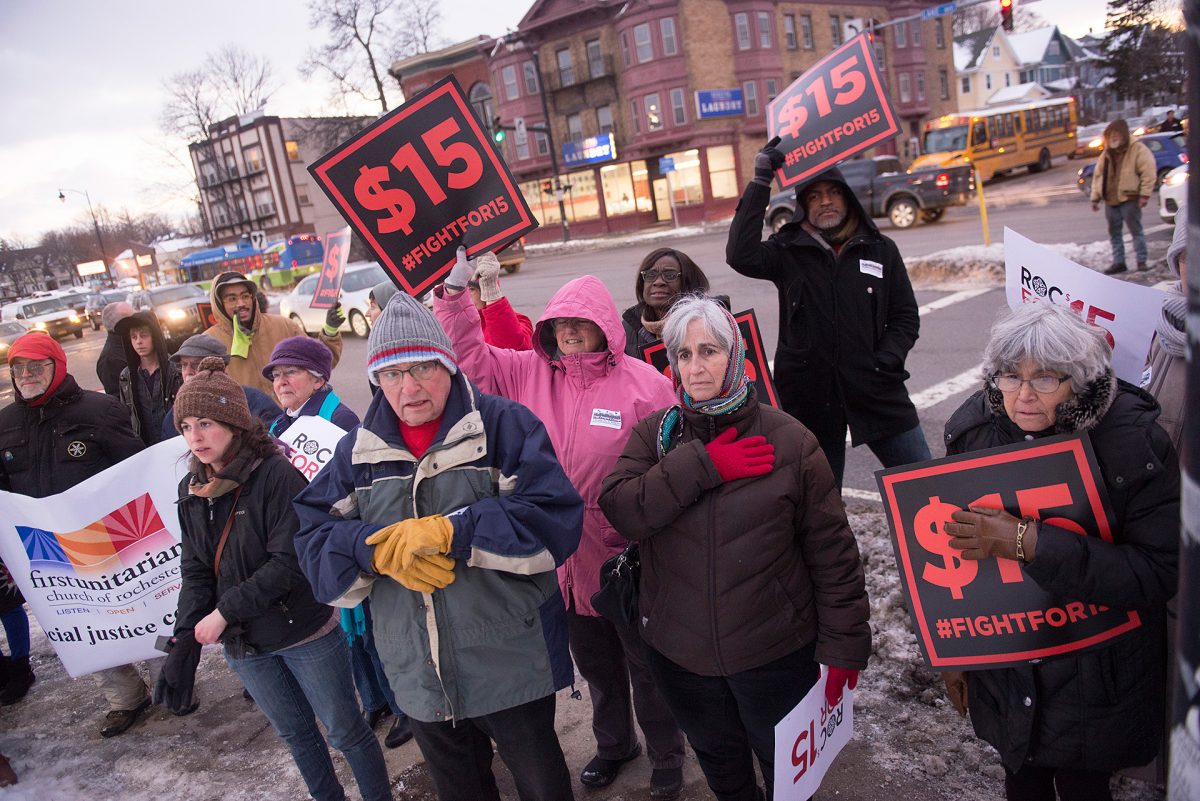 Fast food workers, Metro Justice, and faith leaders protest in front of McDonald’s on Lake Ave. in Rochester as they mark the 50th anniversary of the 1968 Poor People Campaign led by Dr. Martin Luther King Jr. and call for $15.00 dollar an hour wage for fast food workers on Feb. 12. EMC Photo by John Haeger.

ROCHESTER — Community organizations, faith leaders and fast food workers marched last month to continue the call for an increase in the minimum wage.

The Feb. 12 “Fight for $15” march — which called for raising the national minimum wage to $15 per hour — coincided with the 50th anniversary of a Memphis sanitation workers’ strike that led to the creation of the Poor People’s Campaign led by Martin Luther King Jr., according to information provided by Metro Justice. The strike began Feb. 12, 1968, following the deaths of two workers because of faulty sanitation equipment.

People of color remain overrepresented in low-paying industries like fast food restaurants, according to the marchers. Nearly half of black workers and 60 percent of Latinos are employed in jobs that pay less than $15 an hour, according to information from the National Employment Law Project (http://bit.ly/2oTWDgI).
^

EDITOR’S NOTE: To watch a video of the march, visit http://bit.ly/2tpk2My.