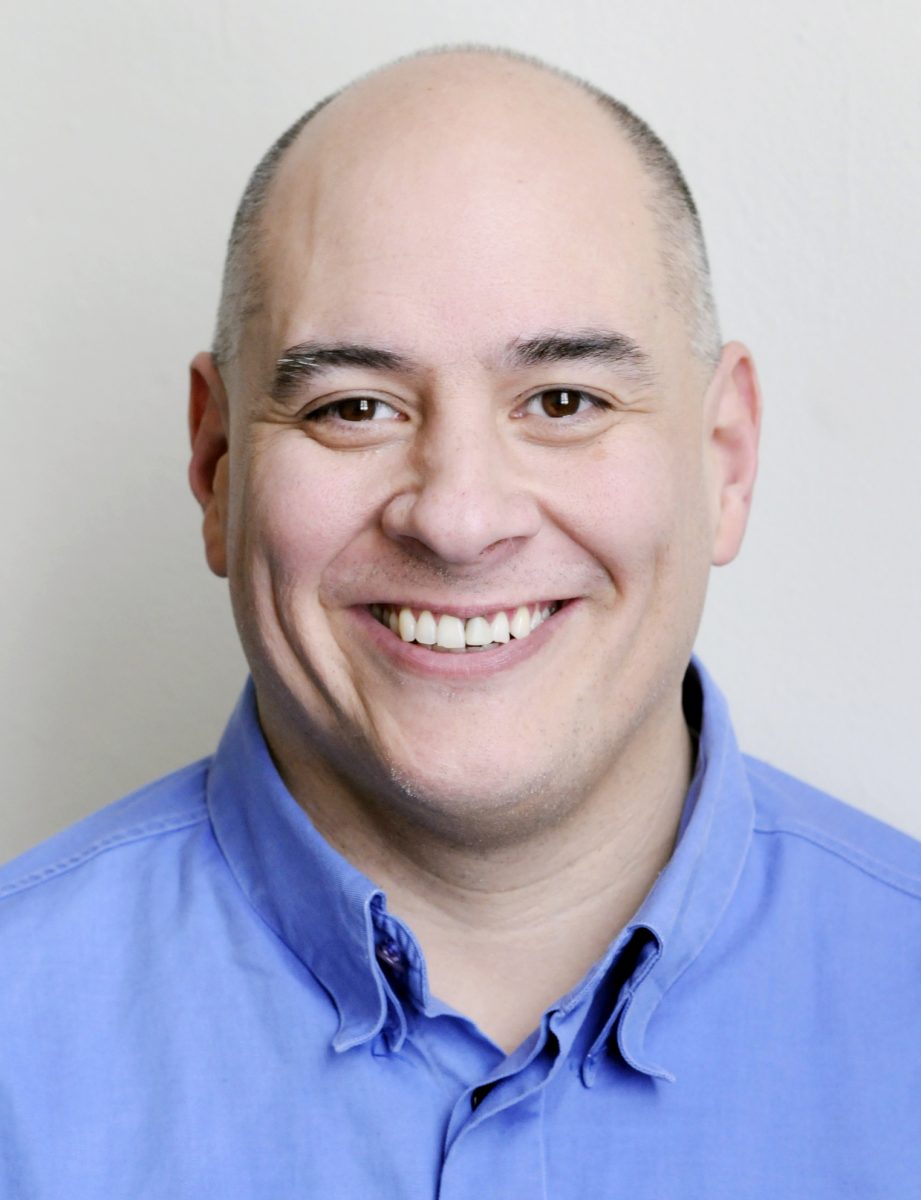 Randy Phillips, a loving father of three and an advertising account executive for the Catholic Courier and El Mensajero Católico newspapers, died suddenly Dec. 29, 2014, at the age of 49.

Family members and coworkers hailed Mr. Phillips for his cheerful nature and his infectious smile.

"That’s the one thing about my son that everyone remembers," said his mother, Maria Dolores Phillips.

Mr. Phillips was born in Louisiana in 1965 but grew up in Denver, Colo. An only child, he always loved sports and enjoyed playing baseball, basketball and football, his mother said.

As much as he loved to play, Mr. Phillips also was a hard worker, his mother added. He learned at an early age that earning a wage allowed him to purchase the things he wanted.

"Randy always had a part-time job after school. He has always been working," she recalled.

After graduating from high school, Mr. Phillips continued to work hard in the business field, where he was involved with mergers and acquisitions, his mother said. Later on he was involved with financial analysis and entrepreneurial ventures, added his former wife, Melissa Phillips.

Mr. Phillips and his family left Colorado in 2000 and lived in Florida for some time before settling in New York, where he joined the staff at the Catholic Courier and El Mensajero Católico newspapers in September 2008.

When he wasn’t working, Mr. Phillips enjoyed spending time with his three children — Nicco, 15; Aliyah, 13; and Joey, 8. When he wasn’t with his children he often talked and shared stories about them.

He also was an avid sports fan, Melissa Phillips added. While he especially loved football, he enjoyed watching any kind of team sports, she said. He also loved nature and spending time outdoors, his mother said.

Mr. Phillips had a fun-loving, easy-going nature, which is probably what he will be most remembered for, Melissa Phillips said.

"He just had an outstanding way of making people feel at ease. He was very easy to talk to, he was very charming and he had a great way with people," she said.

He also was very kind and generous, his mother added.

"Randy had an exceptionally beautiful personality," she said. "That’s what people remember most is his smile, and his being a gentleman."

"At a convention one time, Randy became indignant when a man seated next to him spoke disrespectfully to a woman," recalled Karen Franz general manager/editor of the Courier and El Mensajero. "Randy was charmingly old-fashioned in that regard, very chivalrous. But he also had a great sense of humor and fun."

Franz said the newspapers’ staff remained in shock at the sudden passing of their colleague. "We miss Randy very much," she said. "Our thoughts and prayers are with his family, especially his beloved children."

In addition to his mother, children and former wife, Mr. Phillips is survived by his father, Mose David Phillips; extended family members in Denver; and cousins in Arizona.

A private memorial service will be held in Denver at a later date.