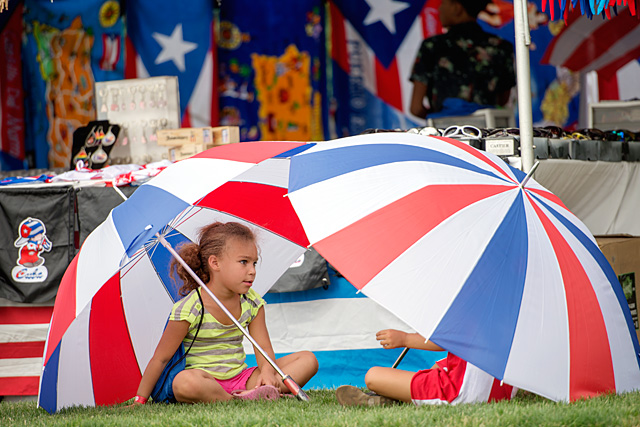 The festival will be held from Aug. 21-23 at the VIP lot of Frontier Field. The parade will begin at 11 a.m. Aug. 22 at the Liberty Pole and will continue along East Main Street to Plymouth Avenue and finish at Frontier Field.

"Roots of our distant land" resonated with the festival board of directors when it was suggested as a theme for the festival, explained Orlando Ortiz, board president.

"One of the things we know people do is forget about our island and where we come from because you’re in the states, living life here and not realizing everything the island stands for and the history of it and all that stuff," Ortiz added. "We’re hoping people can appreciate the culture, food, and really embrace it (island)."

A bomba and plena music group will highlight those island roots with its folkloric sounds, he said. The festival hasn’t featured that kind of music for many years, Ortiz noted. A diversity of music styles will round out the rest of the performances, which will feature merengue, bachata and reggaton.

"For the younger population, this is their genre," he said. "So, we want to make sure we have that. It is part of embracing the evolving culture that we have."

The festival also will include the annual 5K race and agency fair on Aug. 22, and a domino tournament, traditional food vendors and youth boxing matches on Aug. 23 as well as performances from local music and dance groups.

After 10 years on the festival board, Ortiz said that he is hoping that after the event concludes there will be zero or few post-festival incidents in the northeast Rochester neighborhoods several blocks away from the festival site. Police only made one arrest last year, he said, thanks to several years of the festival board working with local organizations and the Rochester Police Department to spread the word of keeping the festival’s image positive.

"We hope the trend continues this year," he said.

The parade committee also is calling on the community to keep activities peaceful and positive by once again holding a peace rally prior to the festival, said Geena Cruz. The Aug. 19 rally will be held at Don Samuel Torres Park on North Clinton Avenue, the outgoing parade organizer said. Sylvia González will take the reins next year, noted Cruz, who heads up the parade committee.

This year, the parade committee also organized a Latino Art event to educate the community about local artists, she added.

"We need to start shining a light on them," she said.

Cruz said that organizers are encouraging organizations in the parade to feature Latino artistic traditions on their parade floats.

"We really are striving for costumes, dancing and the art of what it is to be a Latino, a Puerto Rican in the community," Cruz said. "What better way to bring it out than to acknowledge the arts?"

This year’s parade grand marshals — Freddy Colón, a percussionist who has performed with Mambo Kings and the Rochester Philharmonic Orchestra, and Nydia Padilla-Rodríguez, founder of Borinquen Dance Theatre who performed with Garth Fagan’s original dance company — also fit in with that theme, Cruz noted, as they are pillars in the Latino artistic community.

She said that she hopes the grand marshals and the colorful floats will draw more people to the parade and that they will show their support by holding flags or other expressions of pride along the parade route.

"We want to see the streets of downtown lined up with people expressing their culture," she said.