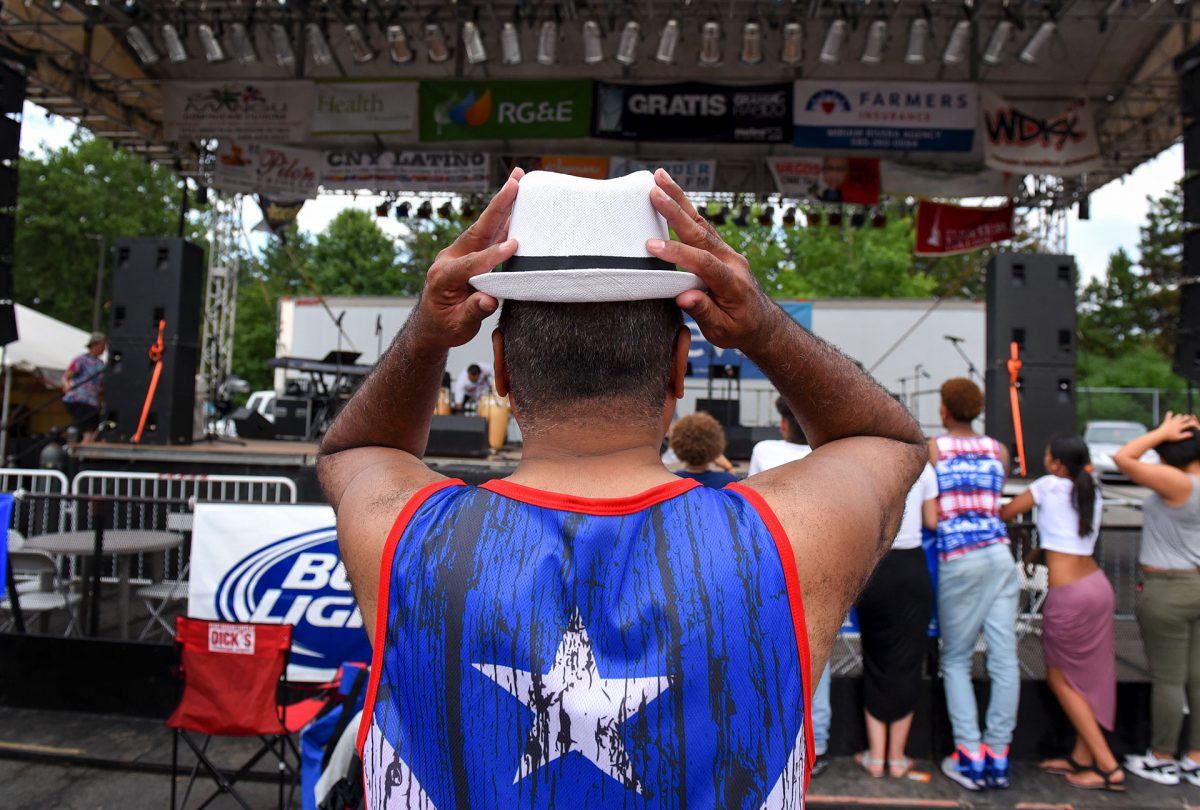 ROCHESTER — Downtown construction will have an impact on this year’s Puerto Rican Parade,which will take place during the 48th-annual Puerto Rican Festival to be held later this month.

The parade traditionally features an opening ceremony at Liberty Pole Way but construction along East Main Street forced organizers to move the festivities to West Broad Street in front of the Rochester City School District’s central office, explained Yolanda Culver, this year’s parade president. The July 29 parade will take place on the second day of the three-day Puerto Rican Festival.

Parade participants will march along North Plymouth Avenue to the festival site at Frontier Field’s VIP lot, she added. The theme is "Paises United (United Countries)" to welcome participation from area residents and organizations from other Latin American or Caribbean countries, Culver said.

The parade committee is encouraging parade participants to decorate their floats or cars to reflect the country they will represent, she said.

The parade’s important cultural contributions were part of the reason Culver took over as parade president this spring, she noted. The committee was in disarray when she came on board in March as some members were unable to volunteer because of other commitments, she said. The parade was even at risk of not happening at all, Culver added, but she thought of the hard work of her own family members who were involved in the early years of the festival and parade, Culver added.

"I felt obliged to assist," said Culver, who was the "infant queen" of the festival as a toddler in 1977.

The committee has pulled together since the spring and acted quickly to come up with a shorter, alternate route and get the route approved by the city, she said. The committee also designated Marisol Ramos-López, the commissioner of Rochester’s Recreation and Youth Services Department, as the parade’s grand marshal and chose Miguel Meléndez, special project developer for Ibero-American Development Corp., to receive this year’s Father Tracy Award, Culver said.

Festival events will proceed as in years past with music, traditional foods, children’s activities, youth boxing and a domino tournament, said Orlando Ortiz, president of the festival’s board of directors.

The theme is "Llegando por todo lo alto (Arriving in style)," he said.

This year’s lineup of national Latin music artists also are at the top of their game, he said. They include Toño Rosario, Tito El Bambino, Trovador Wilfredo Gonzalez and Andy Montañez.

"All three nights of music are going to be great," Ortiz said.

The festival also will feature a greater police presence but of a positive nature, he explained. Officers from the Rochester and Irondequoit police departments, the Monroe County Sheriff’s Department and the New York State Police will be on hand with their squad cars and other special equipment to provide information and have conversations with festival-goers, Ortiz said.

"This is a nice way for us to re-engage with communities in different areas," he said. "We are trying to engage those (residents) in other towns to see who are are, what we do."

He said by inviting other communities in, those conversations may lead to better understanding and help dispel stereotypes about the festival due to past post-event incidents away from that the festival site they may hear about in the news, Ortiz added.

Having open lines of communication with police also has helped address some of those issues, and incidents have decreased every year for the last several years, he noted.

"We want to remain positive," Ortiz said. "People are very excited for (the festival)."