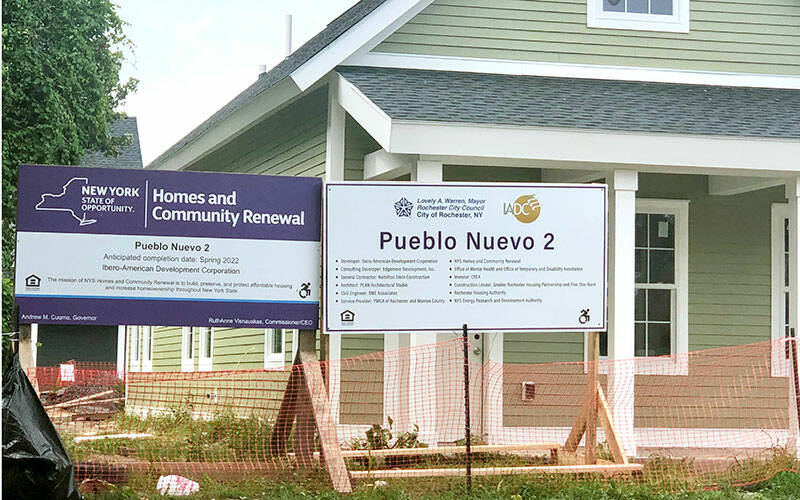 A sign for the second phase of Ibero-American Development Corp.’s Pueblo Nuevo affordable housing project can be seen in front of a house on North Clinton Avenue in Rochester. (EMC photo by Ketsia Rodríguez)

Ibero-American Development Corp. is nearing completion of the first phase of Pueblo Nuevo, a $25 million affordable-housing development project that comprises one-, two- and three-bedroom homes across 16 buildings in Rochester.

Ibero-American Development Corp., the development arm of Rochester’s Ibero-American Action League, is set to finish the project this winter ahead of the original anticipated completion date of the spring of 2022, IADC President and CEO Eugenio Marlin toldEl Mensajero Católico Aug. 10.

The Pueblo Nuevo project was one component of the El Camino Revitalization Area Vision Plan, which was developed through extensive community input facilitated by IADC in coordination with the Community Design Center and the City of Rochester. The community charrette and vision plan were published in 2016 and included ideas for housing/building, neighborhood development and economic development throughout the Clinton Avenue corridor of northeast Rochester.

The initial phase of the Pueblo Nuevo project, which broke ground on Sept. 24, 2020, consists of 75 mixed-income apartments with 19 units reserved for adults with developmental disabilities who will have access to support services provided by Ibero-American Action League.

The apartments are spread throughout a five-block area near the intersection of North Clinton and Clifford avenues, as well as the adaptive reuse of 938 Clifford Ave., the former home of Eugenio Maria de Hostos Charter School.

Despite some reshaping and construction of the area that is still underway, Marlin said that phase one of Pueblo Nuevo will be done in September.

He noted that upon its completion, the first phase of the project will have reconstructed 20 underutilized and dilapidated lots across a five-block area just south of St. Michael Church into various styles of housing, such as a duplex, triplexes and apartment buildings.

Although residents have begun to move in, there are still units available and applications are still being accepted, Marlin added.

Currently, construction is underway on the second half of the project, Pueblo Nuevo II, which comprises five single-family units and 24 double units, with five of the latter units set aside to support adults who are homeless or at risk of homelessness.

Other aspects of the Pueblo Nuevo II project include the Community Park at South O’Brien Street, which features a green space with benches and walkways, a community garden and a playground with equipment for children ages 1 through 12; and the El Camino Community Center, which will provide residents with economic/employment training and health education programs.

“The community center evolved from the need of the people in the area who wanted a place where they could meet,” Marlin said. “There’s going to be an emphasis on getting programs that address training and education opportunities for jobs and so forth.”

Additionally, all Pueblo Nuevo residents will have access to the same resources and connections through IDAC partnerships with such organizations as the Willow Domestic Violence Center of Greater Rochester, Catholic Family Center and the Rochester Housing Authority. Through IADC’s partnership with RHA, eligible residents can receive a project-based voucher for residency within Pueblo Nuevo. 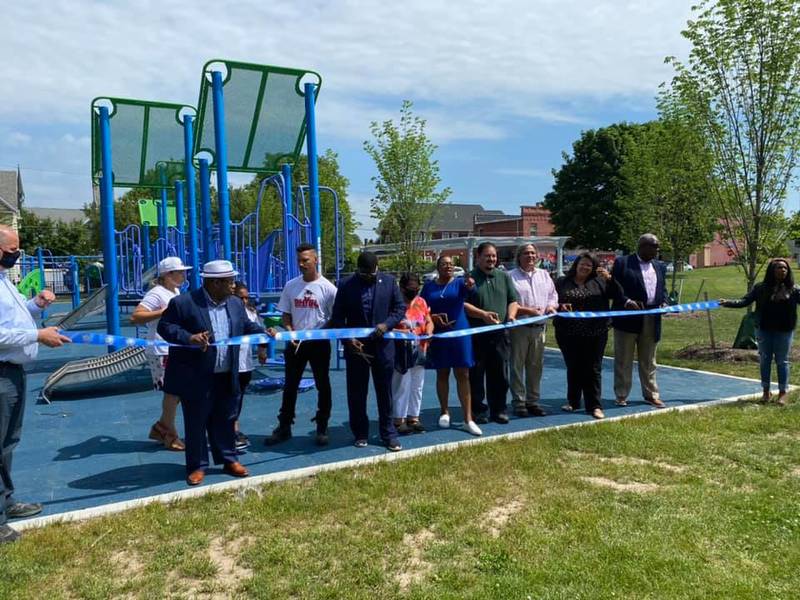 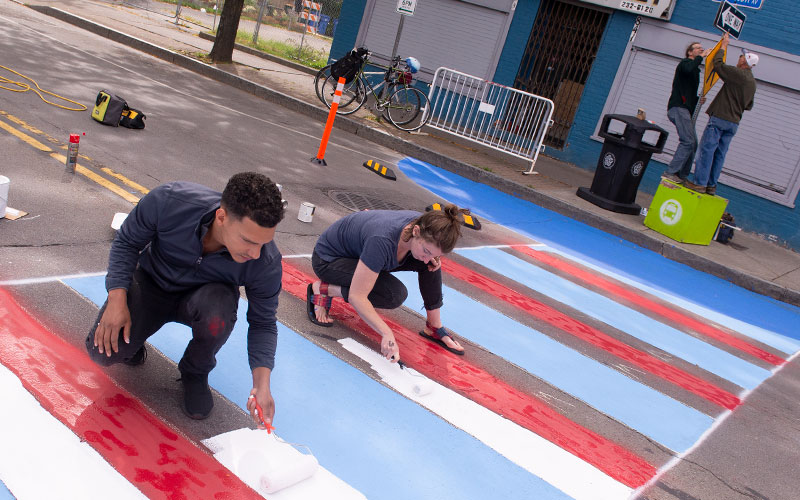