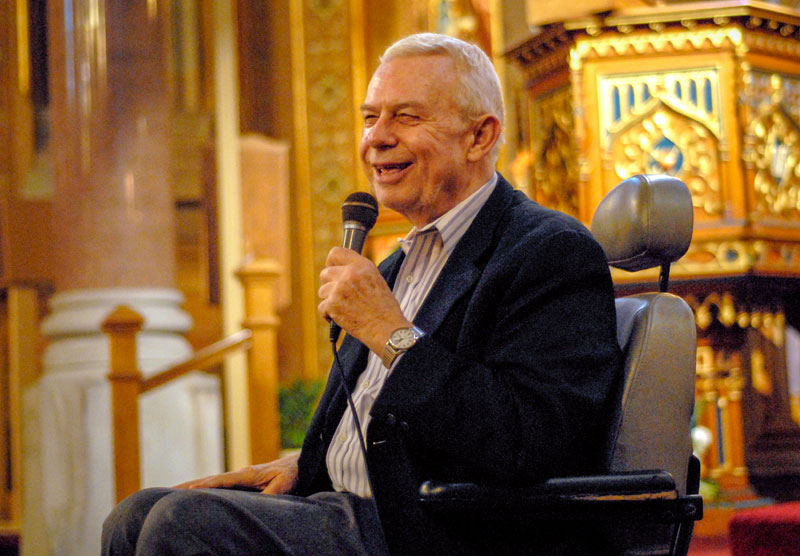 Father Laurence Tracy speaks to those gathered at the dedication of a garden in his honor Nov. 1 at St. Michael's Church.

ROCHESTER — Members of the Latino community are seeking prayers for Father Laurence Tracy, who has been hospitalized at Strong Memorial Hospital since Aug. 9.

Father Tracy has been battling ALS (amyotrophic lateral sclerosis) since he was diagnosed last fall, according to Mercedes Vázquez Simmons.

Having served for decades in ministry and advocacy for Latinos, he had most recently been honored by the City of Rochester and Landsman Development Corp., which in July renamed the Los Flamboyanes apartment building on North Clinton Avenue in his honor.

“He wanted to die in his house because he wanted the people from the barrio to visit him without going through too much effort,” she said.