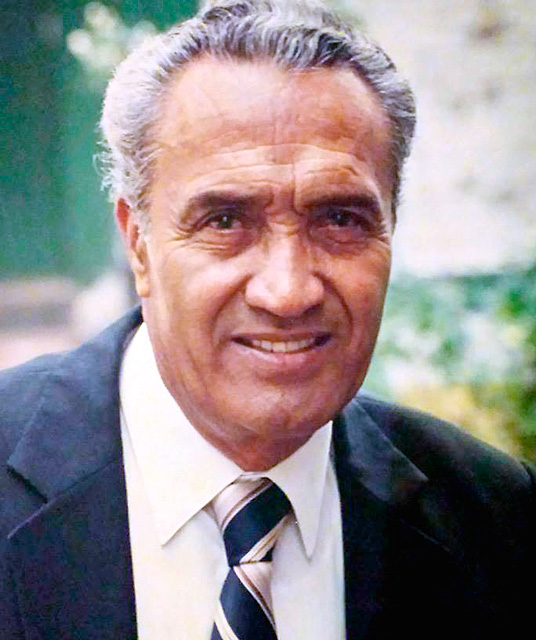 ROCHESTER — Pedro Pedraza, patriarch of one the first Puerto Rican families to settle in Rochester, died Dec. 15, 2015, at the age of 92.

Mr. Pedraza was born in Cidra, Puerto Rico. He began working at the age of 10 to help support his family, earning $10 a week from a farmer, said his daughter, Natalia Medero. In 1954, he came to Rochester as a migrant worker.

"He wanted to be the first person (in his family) to leave Cidra and make something of himself," Medero said.

Her father set out to learn English upon arriving and took night classes after work. This led to several other jobs including at Delco, where he worked until retirement in 1985. The work also allowed him to earn enough money to move his wife and five children to Rochester. The couple, who were married for 65 years, went on to have two more children.

"Papi accomplished a lot of great things in his life through his work ethic, but his ability to teach hard work to his family may be his greatest accomplishment," Medero said.

Mr. Pedraza also believed in serving his community, as he fought for equal-opportunity employment for Hispanics. He also helped found Ibero-American Action League and served on the board of directors for the Lewis Street Center, Anthony Jordan Health Center and the United Way of Greater Rochester. He was named "Abuelito of the Year" in 2013.

Another of Mr. Pedraza’s daughters, Gladys Pedraza-Burgos, said that life came full circle when she began working at Ibero.

"When I got job here at Ibero a year and a half ago, it was a blessing because my father was going to the Centro de Oro senior center, which is here," said Pedraza-Burgos, who is Ibero’s chief operating officer. "Not many people get to see their dad every day. I could tell that he was especially proud of me. But at the same time there was a certain standard. Throughout his life, he had standards for doing a good job and working hard and being a good leader who helps other leaders emerge. He was never one to be in the spotlight. … I have inherited that same inherent value."

Mr. Pedraza also was the first Latino to serve on the Democratic committee for the 21st District and helped Edwin Rivera win a seat as the first Hispanic on the Monroe County Board of Supervisors, Medero said.

His Catholic faith also played a major role, she noted. He taught religious education at migrant camps and would bring families items they needed, she said. Mr. Pedraza also participated in the local Cursillo movement, which was a series of special retreats for Hispanics.

"He lived his religion; he knew it didn’t stop once you got out of Mass," said Pedraza-Burgos. "Religion was something you actually lived in day-to-day life in how you lived and what you did. And he was always praying."

Mr. Pedraza was predeceased by his wife, Matilda; sons, Augustine and Carmelo; and son-in-law, Deacon Felix Medero. He is survived by his daughters and sons-in-law, Angela and Melbil Reyes, Natalia Medero, Gladys Pedraza-Burgos and Victor Burgos; sons and daughter-in-law, Martin and Raquel and David; daughter-in-law, Judy Pedraza; sister, Josefa Pedraza; 13 grandchildren; and 25 great-grandchildren.