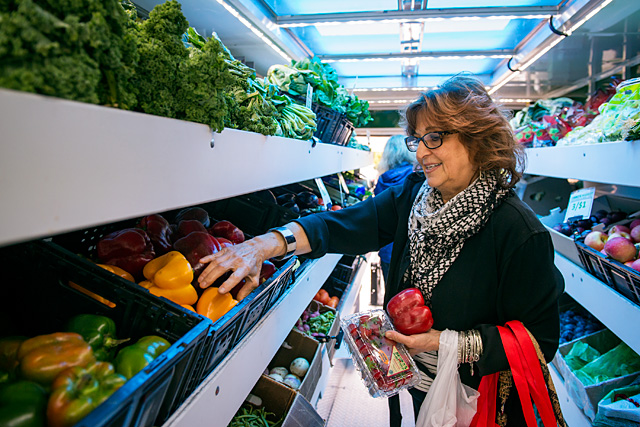 More farms would be able to funnel their excess produce to food banks through a tax-credit program that New York state legislators hope will be funded in the 2017-18 state budget.

The "Farm to Food Bank" bill proposed by state Sen. Rich Funke (R-55th District, which includes parts of Rochester and several east Monroe County towns) was approved by the state Senate on Jan. 30. The program would provide tax credits of up to 25 percent — capped at $5,000 per year — of the wholesale cost of qualified donations to food banks or other emergency food programs, according to Funke’s spokesman, Jesse Sleezer.

Funke had proposed the legislation in 2015 and 2016 and it had received bipartisan support, Sleezer said, noting that Gov. Andrew Cuomo vetoed the bill both times.

When the governor vetoed the bill in 2016, he said he supported the spirit of the bill but couldn’t approve it because it duplicated existing tax benefits for charitable food donations, according to information provided by Funke’s office. Additionally, it would be "impossible" to establish an accurate value for food donations, Cuomo stated in a veto memorandum, and he said the program would impose a significant cost to the state without any appropriated resources.

New York Farm Bureau spokesman Steve Ammerman said the total estimated value of the tax credits under the bill would be about $700,000. That funding would have a small impact on the state’s $152 billion proposed budget, but it would have a major positive impact on farmers and state residents, he explained.

"It will help farmers offset a portion of the costs of picking, packing and transporting the food to regional food banks," said Ammerman, who said one of the Farm Bureau’s priorities is getting the bill passed this year. "More importantly, it will allow more locally sourced food to be shared with those in need all over the state."

She said the bill would help reverse alarming trends in the United States: Forty percent of the food produced is wasted annually, and more than 6 billion pounds of produce goes unharvested.

"A refundable tax credit, however, would benefit all," Tedesco said.

The legislation has the support of food banks across the state, the New York State League of Conservation Voters and the National Resources Defense Council.

"We’re hopeful that this bill would increase the amount of local farm donations coming through our doors, and decrease the amount of perfectly edible food that ends up in landfills," Tedesco said. "By incentivizing farmers to move more produce into the emergency food system, we can all take another step toward building a healthy, hunger-free community."

Last year, farmers donated more than 13 million pounds of food to regional food banks, which is the equivalent of more than 10 million meals, Ammerman said. The farmers set a new state record and rank second nationally for donations, according to a recent announcement from Harvest for All program.

"This (data) clearly demonstrates our farmers’ generosity," Ammerman said. "However, the Farm to Food Bank bill would incentivize even greater food donations, and that record number would climb even higher."