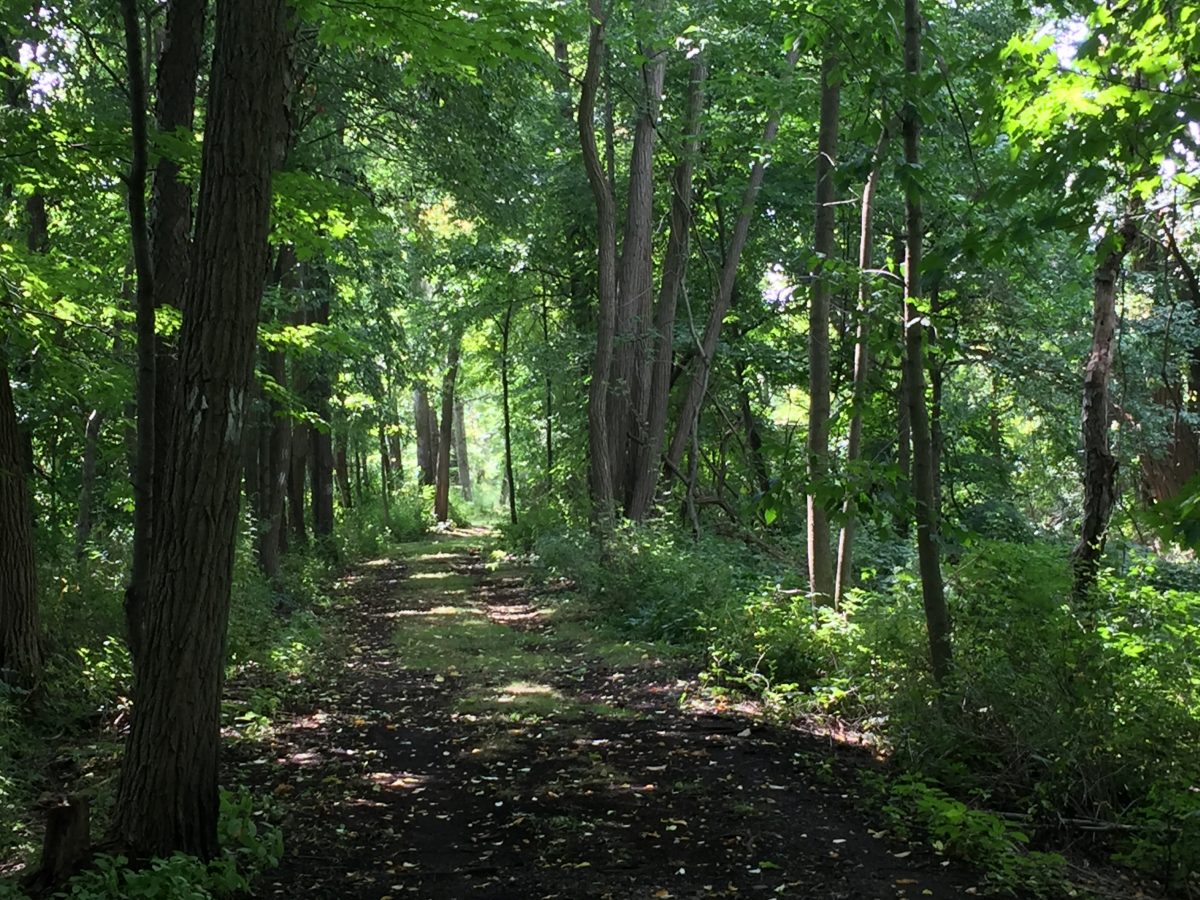 The Genesee Valley Greenway State Park—a verdant 90-mile corridor stretching from Rochester almost to the Pennsylvania border—is one of New York’s largest and most scenic assets for promoting physical activity. But to reach the trail’s full potential as a health resource, trail surfaces and signage need to be upgraded, crosswalks added at road intersections and lighting provided in high-use areas. These a few of the more than 50 recommendations to emerge from an extensive health impact assessment (HIA) from Common Ground Health and the Genesee Transportation Council.

Genesee Valley Greenway State Park should be upgraded to provide maximum health benefits for area residents, according to a recent study of the 90-mile trail system.

The trail runs from Rochester’s Genesee Valley Park to the Village of Cuba in Allegany County near the Pennsylvania border. According to a Health Impact Assessment (https://bit.ly/2Mr9Ojt) released July 30 by Common Ground Health and the Genesee Transportation Council, the trail needs resurfacing, improved signage, additional crosswalks at road intersections and lighting in high-use areas.

The Greenway was officially made a state park in 2011 but has been used for decades, since railroad companies began removing tracks in the 1970s, noted park manager Kristine Uribe. The open-space corridor passes through woodlands, wetlands, river and stream valleys, farmlands, glacial gorges and historic villages across 90 miles in Monroe, Livingston, Wyoming, Allegany and Cattaraugus counties, according to the assessment.

More than 50 recommendations are listed in the assessment to boost walking, biking and other physical activities on the trail to help reduce rates of obesity, high blood pressure, stroke and cancer, said Wade Norwood, Common Ground Health’s chief executive officer. Those diseases are the leading causes of disability and early death, he added.

Among the recommendations to improve health are partnering with governments and community organizations to promote inclusive programming and events that feature physical activity; providing such infrastructure connections as sidewalks and bike paths; developing grade and trail surface conditions to accommodate wheelchairs and residents with disabilities; and designing environments that promote formal and informal social interaction.

Monroe County will provide a $1.2 million grant for the crosswalk enhancements as part of its Pedestrian Safety Action Plan, according to information from County Executive Cheryl DiNolfo’s office.

Another $1.5 million grant application has been submitted to the U.S. Department of Transportation, Uribe added. The Transportation Alternative Program grant would fund resurfacing of a seven-mile stretch from Ballantyne Road in Chili to the Village of Scottsville.

The grant also could make possible the installation of cameras along the Greenway to count the number of trail users, Uribe added. The trail offers a variety of uses in addition to walking, hiking and biking, she said, such as horse riding, cross-country skiing, snow shoeing and snowmobiling in certain areas.

“A lot of people now have an understanding what greenways are,” Uribe said. “Through that (Empire) trail, the Greenway (trail) is getting the audience that it deserves.”

The Health Impact Assessment also helped to shine a light on the work that needs to be done for more people to use the Greenway trail, she said.

The assessment was part of an 18-month planning process for the Greenway trail that was led by a steering committee of representatives from city, county and state governments, the University of Rochester and Parks & Trails New York, an outdoor advocacy group, according to information from Common Ground.

The study looked at four factors that affect public health:

• Physical activity: Increasing opportunities for active participation along the trail would help improve the health of the 63 percent of Monroe County’s adult population that is obese or overweight.

• Access and infrastructure: Raising awareness and accommodating the needs of all potential users would boost use of the trail and reduce the disparity of use, with people with higher incomes using walking trails more than those with lower incomes.

The improvements “will definitely open up the trail for all abilities and for all ages,” Uribe added. “You can be a novice on a bike, or someone without a car who needs to ride a bike to work. … A lot of people also want to be more green in what they do. (The improvements) are something that definitely needs to be done.”