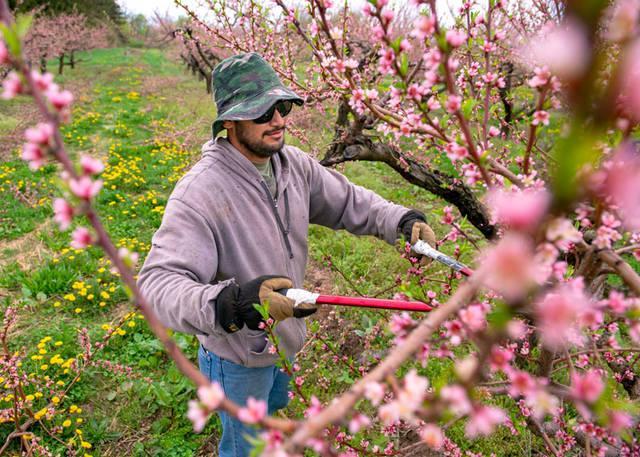 Twelve years after its initial introduction in 2007, the Farm Laborers Fair Labor Practices Act has been passed by the New York state Legislature.

The state Senate approved the measure in a 40-22 vote June 19, with the state Assembly passing the bill 84-51 earlier that day. On July 17, Gov. Andrew Cuomo signed the legislation, which will go into effect no later than Jan. 1, 2020.

According to press releases from the Senate and Assembly, the act gives farm laborers collective bargaining rights as well as workers’ compensation and unemployment benefits; addresses standards for working conditions; includes a requirement for overtime pay for those who work over 60 hours per week; provides unemployment insurance and 24 consecutive hours of rest each week; and requires sanitary codes for all farm and food-processing labor camps intended to house farm laborers.

“With the passage of this legislation, we will help ensure every farmworker receives the overtime pay and fair working conditions they deserve. The constitutional principles of equality, fairness and due process should apply to all of us. I am proud that, with the help of my daughters’ years-long advocacy on this critical issue, we got it done,” Cuomo said in a June 19 press release.

For the past 15 years, the Poughkeepsie-based organization Rural & Migrant Ministry has led a Justice for Farmworkers Campaign to educate the public and advocate for legislative change, according to the campaign’s website.

“Farmworkers have been exploited for their labor for far too long. I am happy to see that New York has finally taken a step closer towards equality,” Chapa said.

Also for the past 15 years, the legislation has been on the radar of the Diocese of Rochester’s Diocesan Public Policy Committee, according to Jack Balinsky, diocesan director of Catholic Charities. That’s why the committee made the legislation the focus of its annual Public Policy Weekend this past year, during which parishioners were asked to sign petitions in support of the bill.

We are pleased that our advocacy for justice for farmworkers — and there are many farmworkers in the Diocese of Rochester — has been achieved through this bill,” Balinsky told El Mensajero June 26.

“For too long, farmworkers have been treated unjustly under the labor laws which protect workers in every other area and industry. At long last, our state is saying farmworkers are equal in human dignity to the rest of society,” Barnes said in a June 19 statement.

• Forty-eight percent report they have suffered discrimination or bullying in the workplace.

• Twenty-eight percent have knowingly experienced at least one instance of wage theft.

• Twenty-eight percent report aggressive or disrespectful behavior on the part of their bosses.

• Fifty-eight percent reported bug or insect infestations in the housing provided by their employers.

• Thirty-two percent reported having holes in the walls or floors of the housing provided by their employers.

• Thirty-two percent reported insufficient ventilation in the housing provided by their employers.