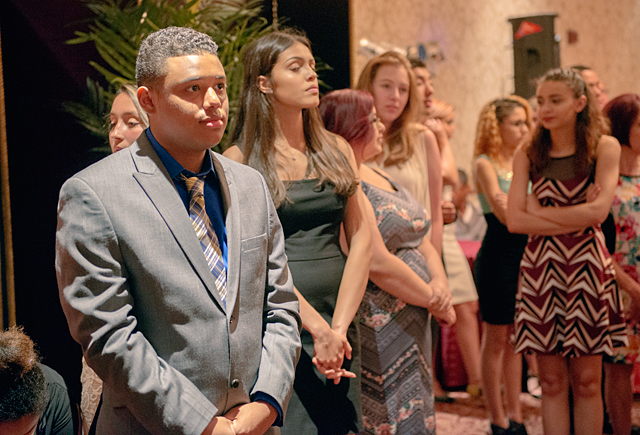 Ibero-American Action League will recognize a record number of local Latino students for their academic achievements and community involvement during a special celebration next month, according to event organizers.

The students will be honored during Ibero’s 21st-annual Gala and Hispanic Scholarship Recognition Awards, which will be held June 4 at the Joseph A. Floreano Rochester Riverside Convention Center.

"Some are from the Rochester City School District, others are from suburban school districts and private schools," she said. "Their roots are from Chile, Columbia, Cuba, Dominican Republic, Guatemala, Mexico, Panama, Peru, Puerto Rico and Spain."

The high-school seniors are awarded scholarships based on their grade-point averages, standardized test scores, letters of recommendation from guidance counselors, extracurricular activities and responses to essay questions. The application process is led by Ibero’s Hispanic Scholarship Committee and its chairwoman, Grace Tillinghast, an educator, Kodak retiree and active member of the community. Tillinghast and the six other people on the committee go through all the applications and determine scholarships recipients based on a point system.

"Students receive a number of points for their GPA, how well they do on the SAT or ACT, and the essay that we ask them to write," said Tillinghast. "They also get points for any awards they have received or for National Honor Society (membership)."

The student who receives the most points from all the judges, Tillinghast said, receives the scholarship with the largest dollar amount.

The number of scholarships awarded is based on the number of donations Ibero is able to secure from local organizations, businesses and individuals, Cruz-Irving noted. This year’s donors include Excellus Blue Cross Blue Shield, The Summit Federal Credit Union, ConServe, Rochester Latino Rotary Club and the Rochester Hispanic Business Association.

Eury Rosario, a senior at Fairport High School, is this year’s recipient of El Mensajero Católico’s scholarship. This is the fifth year the newspaper has presented the award.

Eury, 17, said he is excited about receiving El Mensajero’s scholarship. He plans to study engineering science at Monroe Community College in the fall, earn his associate’s degree, then transfer to either Rochester Institute of Technology or the University of Rochester to continue his engineering studies.

"I want to change the way people live and help make technology more affordable and available for people," he said of his career goals.

Eury said his interest in engineering began at a very young age with his love of Legos and drawing. After attending kindergarten at a Rochester charter school, he transferred to Fairport High School as part of the Urban-Suburban program, which allows minority students in the Rochester City School District to attend school in a participating suburban district. He will graduate from Fairport on June 23.

"I had my struggles at Fairport," he remarked. "But I got through them and I have become a part of the Fairport community, and I know I would be welcomed to come back and visit anytime."

Eury’s mother, Maria Camacho, said her son plans to be at the June 4 gala even though it is being held the same night as his senior ball. She said the ball also is being held at the convention center, so Eury and his date plan to run back and forth between the events.

With Eury’s graduation a month away, she said it is very hard seeing her oldest son grow up, but she’s very proud of his dedication to continuing his education.

"He always has been a good kid," Camacho said. "It is great to see him dedicated to pursuing his secondary education."