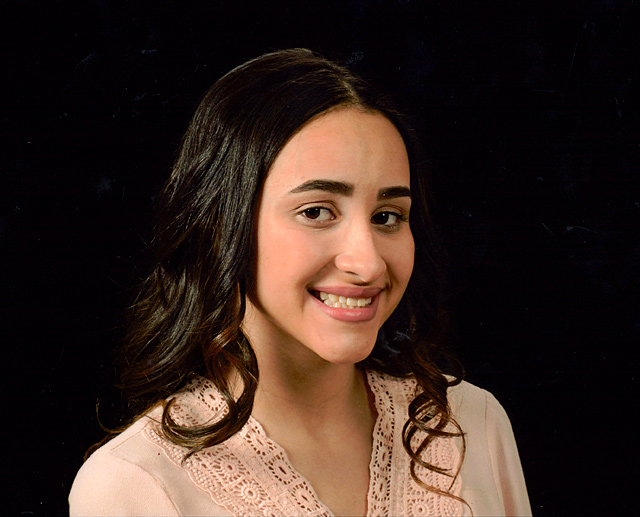 A record number of Latino students were recognized this month during the 22nd-annual Hispanic Scholarship program presented by Rochester’s Ibero-American Action League.

Ibero officials said they had to change the format of the program during the June 17 scholarship gala at the Joseph A. Floreano Rochester Riverside Convention Center to accommodate the 86 recipients honored for their academic achievements. Instead of presenting the awards individually, scholarship providers stood as the students’ names were read.

Students receive scholarships based on a point system that considers their grade-point averages, standardized test scores, letters of recommendation, community service and essay responses, according to information from Ibero. Last year, 64 students were recognized.

The sixth-annual El Mensajero Católico award was presented to Jordan Green, a senior at Aquinas Institute.

He plans to study accounting at Walsh University, a Catholic university in North Canton, Ohio. Jordan also has received a scholarship from the university to play lacrosse, which is "where his heart is," explained his mother, Dorchas Green.

Jordan, 17, said he was happy to have received the Ibero scholarship and is grateful that the organization leads the way in supporting Latino students.

The scholarship program "is important so they (students) can keep focused on their studies and have something to work toward," he noted.

Any scholarship award also eases the burden for families, his mother added.

"It’s a wonderful opportunity for him to be recognized for his culture and acknowledge his scholastic accomplishment," she said.

Alexandra Fraguada, 17, said she also is grateful for Ibero’s scholarship program and for the opportunity to receive a new scholarship that is renewable for four years based on her academic standing.

Fraguada is a senior at Integrated Arts and Technology High School in Rochester and plans to study chemistry at St. John Fisher College and go on to pharmacy school.

"I’m kind of shocked at it," she said about receiving the $3,000 Twanda Christensen Scholarship. "The fact that you’re able to renew it … will motivate students to work hard and get really good grades in college."

Fraguada also will receive the Founders and Reis scholarships from Fisher and said she needed the financial assistance to go to college.

"I decided to apply (for the Ibero program) because I felt what Ibero stood for is what I stand for and I relate to … not letting your disadvantages hold you back and being part of the community," she said.

Sonya Christensen said her family chose to create the scholarship to do their part to help the community. They also donate to the Urban League of Rochester’s Black Scholars program, she said.

"It’s very important for everybody that can to help others that are in need," said Christensen, whose son and daughter-in-law were Black Scholars.

The Twanda Christensen Scholarship is intended for students entering the medical, education or social work fields because minorities are underrepresented in those careers, Christensen said.

"The main idea (for the scholarship) is we are doing what we can to alleviate poverty in the Rochester area," Christensen added. "We wanted to make it a four-year scholarship so the person has a good chance of graduating."