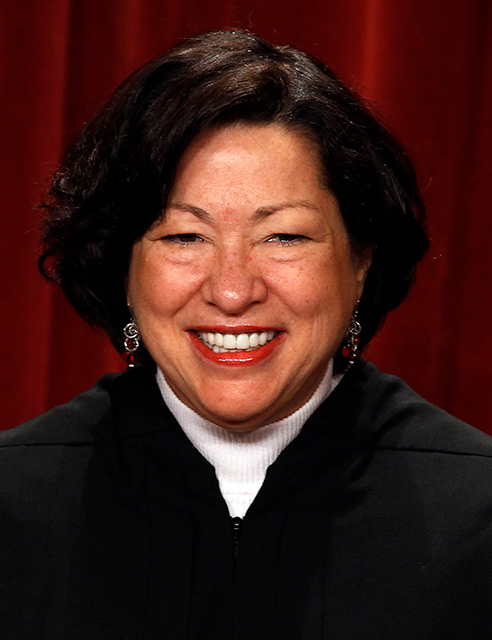 U.S. Supreme Court Justice Sonia Sotomayor was one of 11 women inducted into the National Women’s Hall of Fame last month.

The induction ceremony took place at the National Women’s Hall of Fame in Seneca Falls Sept. 14, just one day before the start of Hispanic Heritage Month. The ceremony also coincided with the centennial of the passage of the 19th Amendment that gave women the right to vote in both state and federal elections.

Sotomayor, a Bronx native of Puerto Rican descent, graduated from Yale Law School and passed the bar in 1980, according to information from Biography (www.biography.com).

During her time at Yale, Sotomayor was the editor for the Yale Law Journal, according to Biography. After graduation, she practiced as a trial lawyer, later entering a private practice in 1984. Four years later, she was made partner at Pavia & Harcourt, where she specialized in intellectual property litigation before becoming the youngest U.S. District Court judge to join the court representing the Southern District of New York City.

Additionally, Sotomayor is the author of four books, two of which are children’s books. Her newest book, titled Just Ask! Be Different, Be Brave, Be You was released Sept. 3. The illustrated story depicts children who are differently abled but still contribute to planting a garden together. The book includes a child with Tourette’s syndrome and another who has autism.

Also inducted into the hall of fame along with Sotomayor was the late Congresswoman Louise Slaughter, who represented New York’s 25th district that includes Rochester and most of Monroe County. According to information about the inductees on the National Women’s Hall of Fame website (http://bit.ly/2MsAe5J), Slaughter’s accomplishments included helping to bring high-tech companies to Eastman Business Park and securing federal funding for the Rochester Amtrak station and fixing the Inner Loop.