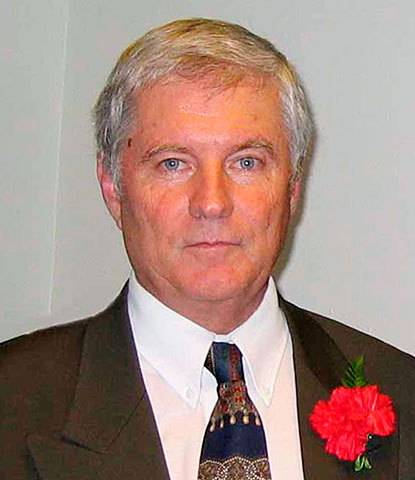 ROCHESTER — Jim Schmidt, who spent most of his life fighting for the rights of migrant workers, died Nov. 10, 2012, after a long battle with cancer. He was 73.

Even throughout his illness, Mr. Schmidt had an energy that could not be matched, said Alina Díaz, who previously worked with Farmworker Legal Services of New York. Mr. Schmidt led the agency for a quarter of a century.

"That defined Jim: a man who cared about others," Díaz added in an e-mail. "He always sought ways to allocate funds to provide services to farmworkers through the agency he founded. He was a endless font of ideas to move forward, of advocacy, fighting for those who are less fortunate."

Prior to his work advocating for farmworkers, Mr. Schmidt taught at Central Tech of Syracuse, according to information from Lewis Papenfuse, codirector of the Workers’ Justice Center of New York, which was created last year from a merger of Farmworker Legal Services and an Albany organization.

Later, Mr. Schmidt became executive director of the Cayuga County Action Program. He also worked in the Human Affairs Program at Cornell University, and went on to become the first director of the National Center for Appropriate Technology in Butte, Mont.

Mr. Schmidt, an Auburn native, graduated from Mt. Carmel High School and went on to receive a bachelor’s degree from SUNY Oswego and a master’s degree in history from SUNY Cortland.

He learned about fighting for the rights of others from his parents, who were involved in unions and community action in Auburn, Papenfuse explained.

And that passion to serve his community kept Farmworker Legal Services going during the lean times when funding was difficult to come by, Papenfuse added.

"Jim had the tenacity, the vision, the advocacy and the passion" to continue the mission of improving the lives of farmworkers, said Papenfuse, who several years ago took over the reins of Farmworker Legal Services for Schmidt.

"Jim was a wonderful man, a great advocate for working people," said Tom Stephens, owner of Rochester Research Associates, who is working with Workers’ Justice Center to help train workers in the construction industry. "He will truly be missed and impossible to replace."

In a story in El Mensajero Católico from June 2011, Mr. Schmidt said that two of his proudest moments were touring workers’ homes in Genesee County with Sen. Robert Kennedy and decades later his daughter, Kerry Kennedy, to raise awareness of the plight of farmworkers.

Mr. Schmidt also served as a wonderful role model for Díaz as she went on to recently help found a national organization to advocate for farmworker women, she said.

"We caught his fervor and continue to look for ways to preserve his legacy," Díaz remarked. "The greatest thing about Jim was that he never gave up. Not even when he became sick, he did not feel defeated. Nor did you see him take it easy or lose his optimism or lessen his desire to serve his community until his very last breath."

A memorial service for Mr. Schmidt was held Dec. 1, 2012, at the Memorial Art Gallery in Rochester.

He was predeceased by his first wife, Elaine Schmidt, and a brother, Robert Schmidt. He is survived by his wife, Denise Young; two sons and daughters-in-law, Robert and Barbara Schmidt and John "Jack" and Shannon Schmidt; a stepdaughter, Gillian Young-Miller of Rochester; a sister and brother-in-law, Mary and Michael Mastropietro; two brothers and sisters-in-law, J. Edward and Karen Schmidt and Thomas and Janis Schmidt; a sister-in-law, Linda Schmidt; and five grandchildren.

Contributions in Mr. Schmidt’s memory may be made to the Wilmot Cancer Center or United for Peace and Justice.