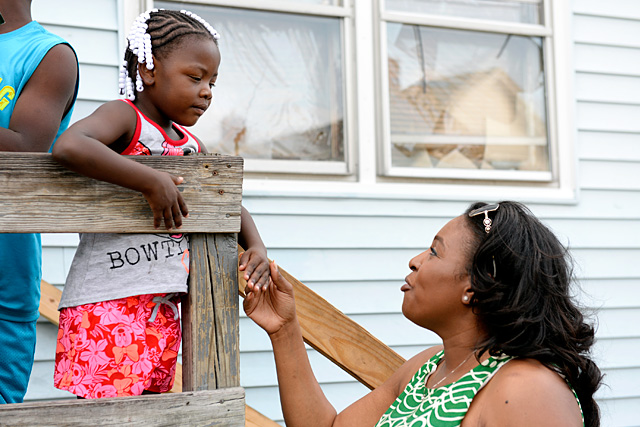 ROCHESTER — After 30 years of discussions, city and community leaders are hopeful that the latest plans for mixed-use development on North Clinton Avenue will come to fruition.

The newest iteration for the development, called La Marketa, revolves around creating retail, housing and green space on a vacant lot in the 800 block of North Clinton Avenue. The .72-acre parcel — which is kitty-corner from St. Michael Church — is located between Sullivan and Hoeltzer streets and perpendicular to O’Brien Alley.

Daisy Rivera-Algarin, senior marketing specialist for the City of Rochester, has seen the project evolve through the past five mayoral administrations. Although all recent administrations supported the idea, the project never made much headway.

The idea of developing this area of North Clinton Avenue first surfaced in a 1980s revitalization study called "La Avenida," explained Rivera-Algarin. After the initial studies, planning discussions took place and the city invested in beautifying the neighborhood. In 2000, resources were allocated to for the North Clinton Revitalization Project to create a master plan with input from neighbors and business associations, Rivera-Algarin said. At that point, the city hired her to work on neighborhood development because she is bilingual and was familiar with the community on North Clinton Avenue.

Three years later, drawings and conceptual plans were produced for La Marketa, Rivera-Algarin recalled. City officials chose the 800 block for La Marketa because of its strategic location between St. Michael and Los Flamboyanes apartments, which are home to many Latino families. The city issued a request for proposals (RFPs) in 2004 and chose Buckingham Properties as La Marketa’s developer, she said, and discussions took place on such ideas as bringing in large, retail businesses.

Buckingham withdrew from the project after the Great Recession of 2008, and the city put the project on hold, Rivera-Algarin noted. In 2011, the city resurrected the project and issued another RFP, but it received only one applicant from a developer city officials believed did not have the capacity to get the project off the ground, she said.

Rivera-Algarin said she is cautiously optimistic about La Marketa this time around because of support from such Latino groups as La Cumbre, a local ad-hoc advocacy group, as well as from Mayor Lovely Warren and the city council. The project’s scope also has changed, she explained, with discussion about bringing in such small vendors as restaurants, bakeries or salons in a building that could be leased or sold once constructed.

Input on the project is being sought from residents, Rivera-Algarin added, noting that the mayor and church leaders walked the neighborhood June 20 to speak with area residents. They discussed local issues and handed out postcards with the latest rendering for La Marketa, she said.

"The community’s persistence in not letting us forget the project has been really helpful," Rivera-Algarin remarked.

Part of that persistence stems from residents’ desire for a development that will create new economic opportunities, rather than become a location to which existing or outside businesses relocate, said Miguel Meléndez, special projects director for Ibero-American Development Corp. (IADC). This Ibero agency also oversees Project HOPE, which aims to improve the northeast neighborhoods. Earlier this year, Project HOPE conducted a community charrette (stakeholders’ meeting) that enabled residents, engineers and neighborhood groups to discuss plans for La Marketa. Alfred University students who attended the meeting came up with the rendering for La Marketa that appeared on the postcards handed out to neighborhood residents June 20.

"They (residents) want something that will help them start businesses, like an incubator," Meléndez said of residents’ hopes for La Marketa

Residents also support the idea of including some open space in the La Marketa plans, he said.

"They want a gathering place," he said. "That (space) also has potential for pop-up markets, so it would be a public-market type place for the Latino community."

City Councilwoman Jackie Ortiz said she is pleased to see movement on this long-awaited development. The city council approved $170,000 in this year’s budget to clean up the parcel, hire an engineer to work on planning and zoning, and determine the number of potential lots on the parcel for individual businesses, noted Rivera-Algarin. The city also plans to issue RFPs for La Marketa in August.

"I believe looking at the parcel differently than just one single development but rather as several smaller opportunities and adding housing as a component may provide for a persuasive mix," Ortiz said. "Development in our neighborhoods is essential, and this project could set the tone for a new vibe and way in which to approach challenging sites, making them viable and the gem they truly are."

Rivera-Algarin acknowledged long-held negative perceptions of the neighborhood by people who live in other areas. But she said she has worked in the area for many years and never fears for her safety. Additionally, the neighborhood has experienced an uptick in new restaurants and reinvestment on building facades for existing businesses. As an example, she pointed to El Pilón Criollo, which opened in 2015 and has already outgrown its restaurant space. Such growth is fueling renewed community interest in making La Marketa a reality, she said.

"I believe it will help improve the neighborhood and give opportunities for other people to open their own business," she said.

Rivera-Algarin said La Marketa could be the crowning jewel in the neighborhood redevelopment that began through the commitment of people like Brown.

"We want to turn it onto a destination, a placita (little plaza) with housing in the neighborhood, which could spark development and investment on North Clinton Avenue," she said.