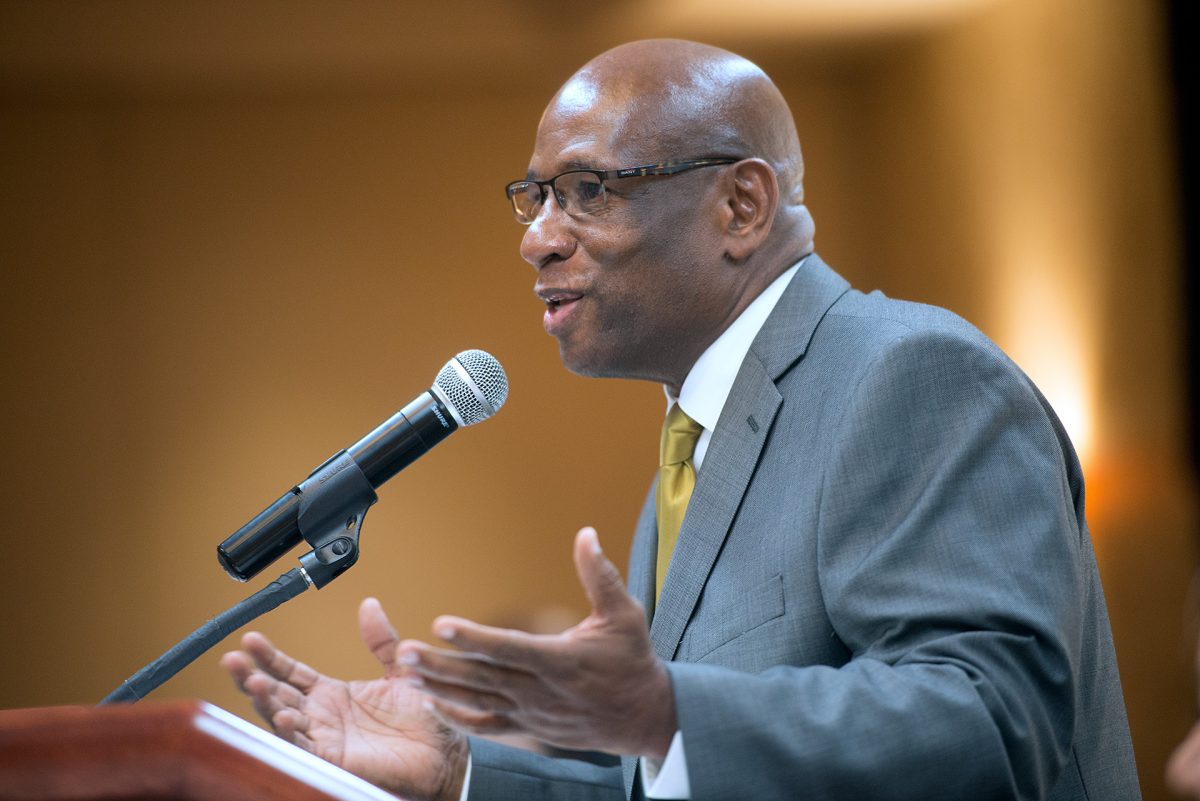 Ibero-American Development Corp. Vice President Eugenio Marlin, who was honored Sept. 26 during the RHBA’s 28th-annual luncheon, said the award offers him the opportunity to share the knowledge he has gleaned from his career experiences:

• Every problem can be solved.

• Always look at all of the possibilities.

• Be focused and have an open mind.

• Exhaust every possible recommendation to get the job done.

Marlin, who is the first Dominican in RHBA history to receive the honor, encouraged other business owners who are from the Dominican Republic to become RHBA members. He joked that Dominicans tend to make their presence known wherever they go and would find a way of “selling platanos” even in China.

“And there are a lot of Dominican businesses in the city of Rochester,” Marlin said.

He also touted the work of the IADC, which works to boost homeownership and development in northeast city neighborhoods. Since IADC is an arm of Ibero-American Action League, he added that he has been involved with Ibero for more than 45 years. He previously served as Ibero’s vice president for development and communications.

The IADC, with partners like the city of Rochester, has helped realize more than $22 million in neighborhood improvements in northeast Rochester over the last two decades, including the building of El Camino Estates for first-time homebuyers.

The work “is about establishing good relationships but it’s also about delivery,” he said. “I can humbly say that when we commit to doing a job, we get it done.”

Marlin encouraged all developers to look at all of the possibilities that exist in that area of the city.

“We have buildings and a community that was vibrant before, that if given the opportunity can continue to contribute to the city of Rochester,” he said.

Organizations like RHBA, which will soon be part of the state’s Coalition of Hispanic Chambers of Commerce, have a valuable role in contributing to the economic development of their communities and help create jobs for all, Garcia added.

Garcia said Hispanics need to work together and across party lines to help their communities thrive.

“I’m calling on you to get Hispanic and minority businesses certified,” he said. “There are not enough to get to that 30 percent (goal). And it’s very frustrating for those of us who fought for that. … I’m here to help our business community here, in New York City and Puerto Rico.”

The fates of families in Puerto Rico and Mexico also were in the hearts and minds of many of the 190 people attending the luncheon.

“It’s heartbreaking on a human level and cataclysmic for the people there,” noted New York Lt. Gov. Kathy Hochul, who also offered a Hispanic Heritage Month proclamation during the Sept. 26 event.

At that time of the luncheon, Gov. Andrew Cuomo was assisting with relief efforts along with a team of flooding experts from New York, Hochul said. She had traveled with the governor only a year earlier to improve health care on the island, and she applauded the Rochester community for its efforts to raise money for hurricane relief.

Hochul also touched on the debate over the Deferred Action for Childhood Arrivals program. Earlier in September, President Donald Trump said he was ending the program that offered immigrants who had arrived illegally in the country as children younger than 5 the opportunity to study, work or join the military.

“You should be proud to live in a state that supports all people, no matter where they come from,” she said of the governor’s commitment to maintaining those opportunities for DACA recipients. “We will continue breaking down barriers.”