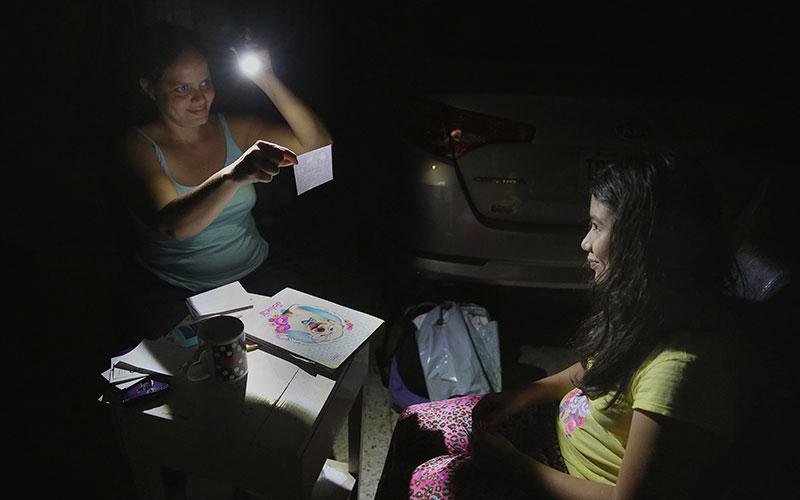 In this 2017 file photo, Margarita Rodriguez holds a flashlight as she quizzes her 11-year-old daughter Isel Martinez on homework outside their home in San Juan, Puerto Rico. (CNS photo by Bob Roller)

CHICAGO (CNS) — With the help of Catholic Extension and two other organizations, four Catholic dioceses in Puerto Rico were selected to receive to $82 million in “hazard mitigation funding” from the Federal Emergency Management Agency.

Puerto Rico’s Central Office for Recovery, Reconstruction and Resilience selected the San Juan Archdiocese and the Arecibo, Caguas and Fajardo-Humacao dioceses to use this FEMA funding for post-Hurricane Maria construction of more resilient structures with a greater capacity to withstand future natural disasters and support the needs of more people.

Chicago-based Catholic Extension recently announced the award, saying that it came about through its ongoing efforts, in partnership with Catholic Management Services and Hagerty Consulting, “to gain access to these funds to begin community recovery and healing following the wrath of Hurricane Maria that devastated the island in 2017.”

“The federal government investing $82 million in the Catholic Church to build more resilient structures is a recognition of the pivotal role the church has and will play following natural disasters,” Father Jack Wall, president of Catholic Extension, said in a statement.

“Following Hurricane Maria, the Catholic Church of Puerto Rico demonstrated a remarkable ability to attend to the physical, educational, spiritual and psychological needs of the Puerto Rican people,” he said, “and this funding will ensure that the church can be even more responsive and ready for action following future natural disasters.”

According to the announcement on the funding, the Central Office for Recovery, Reconstruction and Resilience, known as COR3, received 3,200 applications for the 404 grants, as FEMA’s “hazard mitigation funding” grants are called. Just 525 projects were awarded.

The Catholic Church in Puerto Rico was the first private, nonprofit on the island to submit its “letter of intent” last year, under Hagerty’s guidance. Washington-based Hagerty is an emergency management consulting firm whose sole work is helping clients prepare for and recover from disasters.

“Following a disaster, the government has access to data and resources, but it is the church that has access to the families and people impacted, even in abandoned or far-flung communities, which is why the church is such a critical and effective institution in moments of crisis,” added Joseph Boland, Catholic Extension’s vice president of mission.

“As such, we believe that this investment is good news not just for the Catholic Church of Puerto Rico, but for all Puerto Ricans who benefit from the church’s charitable services, advocacy and care for the poor and vulnerable of society,” he said.

Since its founding in 1905, Catholic Extension has financially supported the Catholic Church in Puerto Rico by rebuilding and repairing churches and supporting numerous ministries in remote and poverty-stricken areas.

Its outreach to Puerto Rico is part of its overall efforts to supporting the work and ministries of U.S. mission dioceses. Catholic Extension raises funds to help build faith communities and churches in these dioceses, which are rural, cover a large geographic area, and have limited personnel and pastoral resources. 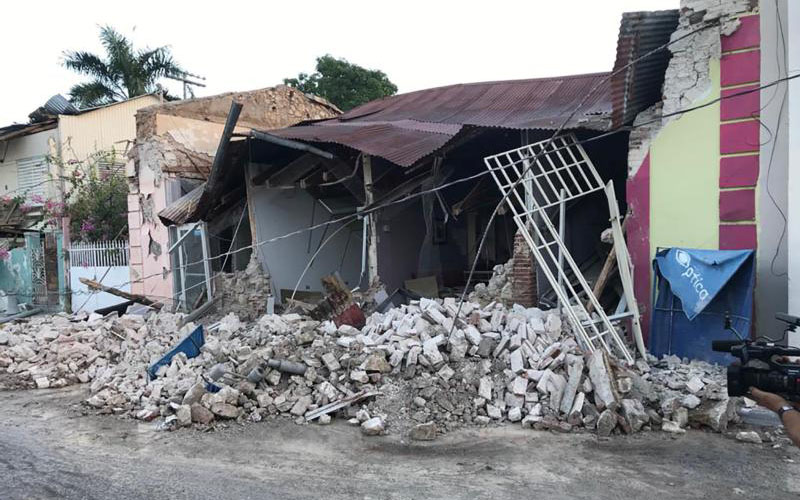 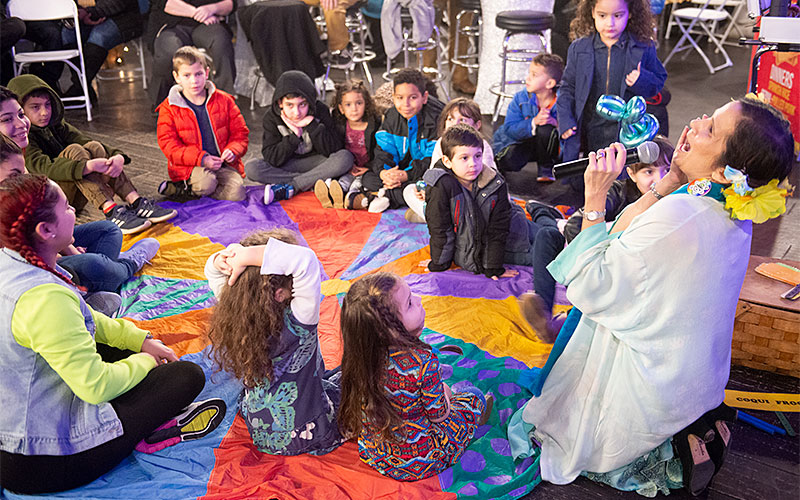