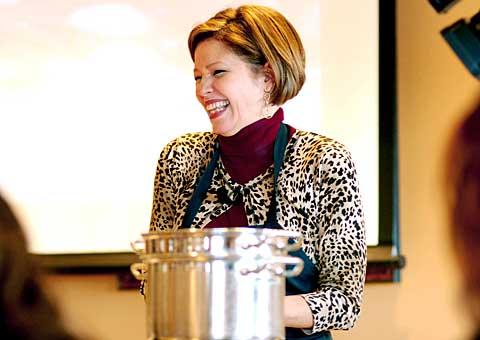 ROCHESTER — This year’s annual Latinas Unidas’ rally for Hispanic girls will feature Daisy Martínez, a nationally known chef and star of a cooking show on the Food Network.

Martínez previously served as a speaker for Latinas Unidas’ Reconocimiento Awards in 2007 and has supported other fundraising efforts organized by the agency. For this year’s ¡Soy Unica! ¡Soy Latina! rally, which will be held March 20 at the University of Rochester, Martínez will serve as the "madrina." The person in that role serves as a role model for girls, agency officials said.

Rochester also will be the first stop on Martínez’s national tour to promote her new book, Daisy: Morning, Noon and Night. She also will present a cooking demonstration at Wegmans and participate in a fundraiser to benefit the culinary program at East High School.

The ¡Soy Unica! ¡Soy Latina! rally is open to Hispanic girls ages 7 to 17 and will run from 8 a.m. to 2 p.m. March 20. For more information about the rally and Martínez, visit www.latinasunidas.org/rally/2010/index.html.