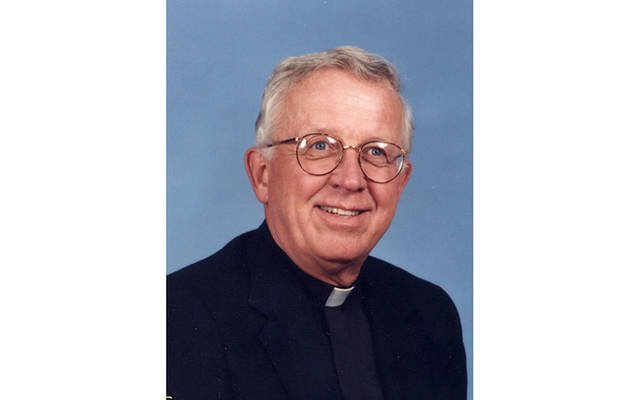 Father Peter Deckman, a priest of the Diocese of Rochester who served in several parishes and spent 15 years with the poor of Bolivia over his 56-year priesthood, died Oct. 27, 2020, at the Sisters of St. Joseph Motherhouse in Pittsford. He was 82 years old.

Father Deckman grew up in Rochester’s Our Lady of Good Counsel Parish, attending the parish school as well as Aquinas Institute and St. Andrew’s and St. Bernard’s seminaries. He was ordained June 6, 1964, by Bishop Lawrence B. Casey at Sacred Heart Cathedral.

Father Deckman served as assistant pastor at Brighton’s St. Thomas More Parish (1964-66) before logging eight years of missionary duty in Bolivia. Beginning in 1974, he ministered to Hispanic Catholics in Geneva and then became copastor of St. Michael Parish, Newark. In 1979, Father Deckman began a second stint in Bolivia, serving in the South American country until the mid-1980s.

Father Roy Kiggins, a senior priest in the Diocese of Rochester, recalled a visit to Bolivia in 1969 during which he observed Father Deckman’s ministry in an impoverished barrio.

“He developed the ability to speak Spanish and had an appreciation for the culture and challenges of the people,” said Father Kiggins, a member of Father Deckman’s ordination class. “I saw firsthand the circumstances of his life and connections he had made with the parishioners. There were dangers as evidenced by the pistol he kept near his bed. The joys were evident in the baptisms, marriages and the fiestas that followed them.”

Father Deckman reached senior-priest status in 2008 and continued to assist at Rochester’s Holy Apostles Parish until being slowed by Parkinson’s disease and relocating to the Sisters of St. Joseph Motherhouse.

He is survived by his brothers, Arthur “Buzz” (Nancy) Deckman and Bernard (Jill Corey) Deckman; and nieces, nephews, great-nieces and great-nephews.

Calling hours for Father Deckman will be Nov. 1, 2020, from 1 to 4 p.m. at Bartolomeo and Perotto Funeral Home, 1411 Vintage Lane, Greece. He will lie in state Nov. 2, 2020, from 9-10 a.m. at Holy Apostles Church, 530 Lyell Ave., Rochester. His funeral Mass will immediately follow with Bishop Salvatore R. Matano serving as celebrant. The Mass will be livestreamed at www.HolyApostlesChurchFamily.org. Interment will be in the priest section of Holy Sepulchre Cemetery. Per New York state regulations, all are required to wear masks at the funeral home, church and cemetery.