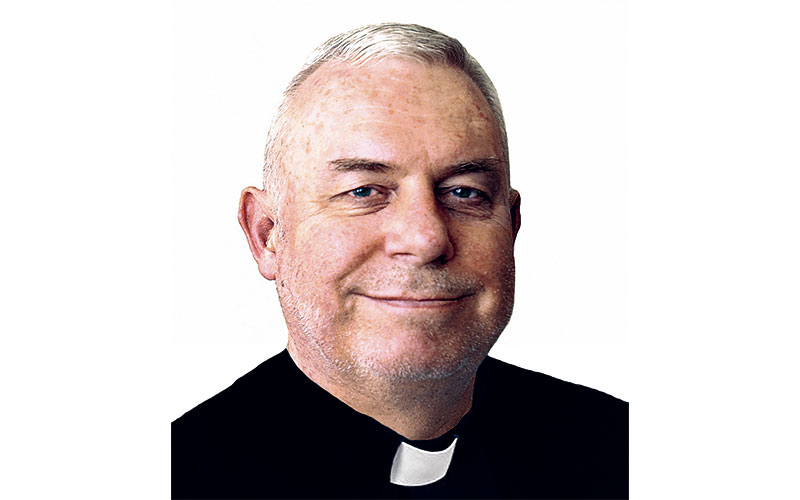 “Father Tracy faithfully served the Diocese of Rochester as a priest for more than 50 years,” according to a statement from the Diocese of Rochester. “His ministry was especially dedicated to serving the Rochester Hispanic community, who affectionately called him ‘Padre Tracy.’ He was not only a spiritual mentor, but a friend and ally of thousands of families over his many decades of service and he made a positive difference in the community. We deeply mourn his loss.”

Even before his 1966 ordination to the priesthood, Father Tracy provided service and support to Rochester’s Latino community in the North Clinton Avenue neighborhood where he had been born and raised. He tirelessly advocated for social justice, peace, racial equality and workers’ rights for all people, said several community members.

“There is no Father Tracy out there,” she said. “The Latino community was his passion, fighting for our rights and those of the … poor, the disenfranchised. Those were the people he really was out there talking about and advocating for. It’s such a huge loss.”

“La comunidad ha perdido su más sincero portavoz,” dijo Domingo Garcia, one of the Ibero founders who worked with Fr. Tracy on many issues that plagued residents in the city, such as poverty, discrimination and unemployment.

“The community has lost its most sincere spokesman,” said Domingo Garcia, one of Ibero’s founders who worked with Father Tracy on many issues that have plagued city residents, such as poverty, discrimination and unemployment.

“(Father) Tracy always provided the light for our path when we navigated in the darkness,” he added.

Miguel Meléndez from Project HOPE noted that Father Tracy was able to treat the most difficult issues with compassion. Several years ago, he stood up and rallied residents in the area to begin community walks to talk to neighbors about the current opioid epidemic.

To help fight the drug issue, the Father Tracy Health & Wellness Center opened in May on North Clinton Avenue only doors down from St. Michael Church, where Father Tracy attended school and served throughout his ministry.

“The center meant a lot to him,” Meléndez said. “He really wanted to find a way, this is a legacy thing I believe, for the people who are most underserved and without a voice to have a place to go that was on the avenue, in the neighborhood. … It’s what he pushed for with the center, to help anyone who walks in.”

Even leading up to his final days, he thought of the center’s future and finalized its incorporation, said Rudy Rivera, the center’s director.

“Father was a man of action,” he said. “He was here (at the center) frequently and knew the ingredients we are applying to create change.”

He also is humbled that Father Tracy asked him to lead the efforts at the center.

“What more can I say before almighty God but I am humbled and thankful, and I take this blessing beyond serious,” he said.

Father Tracy’s interest in working with the Latino community dates back to his seminary days, when he took a Spanish class and volunteered at the former St. Martin de Porres Center in Rochester that helped families from Puerto Rico settle in Rochester, he told the Catholic Courier in 2016.

He served as Our Lady of Mt. Carmel’s copastor from 1970-81. Subsequently, he was named associate director of the diocesan Division of Social Ministries for Hispanic Affairs, a position he said was created for him because of his advocacy work with the Spanish Action Coalition of Rochester.

He next served as associate pastor of Rochester’s St. Andrew Church (1983-84). In 1984, he was appointed pastoral assistant with the Office of the Spanish Apostolate, and in 1992 also became part-time sacramental minister at Rochester’s St. Michael Church. He described his work in the apostolate as one of the happiest in his ministry.

From 1993-2002, he served as parochial vicar of the Community of Hope, which comprised Mt. Carmel, St. Michael and Holy Redeemer/St. Francis Xavier in Rochester. He reached senior-priest status in 2011 but continued to serve for many years as needed as a sacramental minister celebrating Spanish Masses and visiting the sick for Rochester’s St. Frances Xavier Cabrini Parish until he was diagnosed with ALS.

“It hasn’t been the same at our Latinas Unidas events because we don’t see Father Tracy come through the doors,” noted Daisy Rivera-Algarin, one of the founders of Latinas Unidas. “On foot, driving or on his scooter we could count on him … we are so going to miss his presence, but we have comfort in knowing that he loved us.”

Carlos Garcia has known Father Tracy since the age of 9 when his family began attending Mt. Carmel after Father Tracy helped his father secure a job at Benjamin Franklin High School.

“He has had a very deep and meaningful place in my family and my upbringing,” said Garcia, director of communications for the Rochester City School District.

“I had wonderful parents, loving and caring and mentoring, but (Father) Tracy was one of those people who clarified life for all of us,” he said. “We will continue to try to live out his teachings. My life has been a poor excuse to imitate him, and I failed miserably, but I have him in mind each and every day.”

In a statement, RCSD Superintendent Barbara Deane-Williams said, “Our hearts are heavy with grief over the loss of Father Tracy. A powerful voice and advocate for our local Latino community has been lost.”

“He was a man of integrity, wisdom, love, but most of all, faith,” Rochester Mayor Lovely Warren said in a statement. “He truly embodied and lived God’s Word. He did so much for our Hispanic and most challenged communities — from housing to advocacy to employment to prayer. He gave a voice to those who felt their voices were not heard. An angel has returned to heaven. Thank you for sharing him with us. He will forever be remembered as our Padre Tracy.”

In recent months, Father Tracy received several honors for his work with the community.

In addition to having the health and wellness center named for him, the Ibero-American Action League’s main office and Los Flamboyanes were renamed for him, and and he received the Bob Warth Lifetime Achievement Award from Rochester ACTS.

Past honors include a 2015 award for his advocacy from the New York State Association of Bilingual Education; a 2014 Gaudete Medal from St. Bonaventure University for contributions to the Rochester community; a 2014 acknowledgment from the United Christian Leadership Ministry (UCLM) of Western New York for his social-justice work; being named a community pioneer by the Rochester City School District in in 2012; and being honored by the Rochester Latino Rotary Club in 2012 for his lifelong “service above self.” The rotary also created a garden in his honor on the campus of St. Michael Church.

Although he was a champion in the Latino community he embraced all and fought unselfishly again racism and injustice and his presence was everywhere, said the Rev. Lewis Stewart, who said Father Tracy supported him when formed the UCLM in 2013.

“He stood with us in our mission to reduce gun violence,” Rev. Stewart added. “He stood with us when we called for police accountability. He was my friend and my brother. I will miss him. … Very rarely do you get a person like Father Tracy, a clergyman who is committed to Christ.”

Despite all the accolades, Father Werth said that Father Tracy was extremely humble.

“He had a beautiful integration of the human condition and spiritual power,” he added.

EDITOR’S NOTE: Friends are collecting stories and photos for a newly created website to chronicle Father Tracy’s life at padretracy.com.