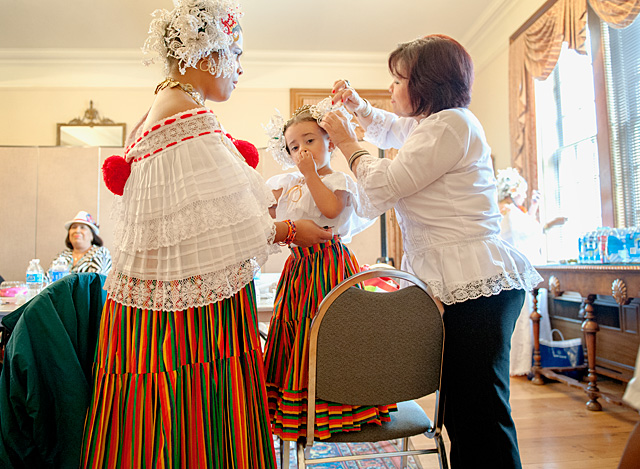 ROCHESTER — Cultural dance, Latino theater and storytelling, a workshop to empower Latinas and a visit from an actress on a national television series are some of activities planned during Hispanic Heritage Month.

Local celebrations of the month, which runs from Sept. 15 to Oct. 15, began early this year with an inaugural golf tournament organized by the city’s Hispanic Heritage Month committee. The tournament’s goal was to raise $2,500 to match scholarship funds donated by Monroe Community College, said Johanna Santiago, the committee chairwoman.

The city’s events, which are under the theme of "Unidos por nuestras raices: United by our roots," kicked off with an opening ceremony that included dance and spoken-word performances and the annual release of Latin American flags at Rochester City Hall on Sept. 15, she said.

Also on the first day of Hispanic Heritage month, Rochester Institute of Technology hosted a "mosaic" multicultural event to honor Latino accomplishments. During the event at Global Village, RIT officials also announced that actress Jackie Cruz from "Orange is the New Black" will serve as the keynote speaker for the month’s closing event on Oct. 15 at the Ingle Auditorium.

Two theater nights for youths will present skits and activities at two of the city’s recreation centers, she said. The Thomas P. Ryan Recreation Center also will be the venue for a youth cultural dance night where families can learn dances from several different countries.

"That is almost like a little gala for the kids," Santiago said.

A "Rise Up Latina" workshop on Oct. 15 will serve to motivate and inspire, she said, as participants will hear from speakers who have overcome adversity and learn about different community resources.

Other Hispanic Heritage events include a Sept. 27 Mass at Holy Apostles Church and the annual Hispanic Film Festival sponsored by the Puerto Rican Festival. The festival board also is hosting a wine tasting event Sept. 25. (For a complete listing of events, visit elmensajerorochester.com).

The 12th-annual Hispanic/Latino Family Day at the Memorial Art Gallery will continue its rotating spotlight on a Latin American country with a presentation about Argentina, explained Debora McDell-Hernández, the museum’s coordinator of community programs and outreach.

That portion of the daylong event will include Argentine tango and milonga performances from professional dancers, Stephanie Rae Meece, Javier Concha and Joaquin Canay, she added.

The Rochester Latino Theatre Co. will act out a Puerto Rican folktale that also will come to life through an artist who will paint a garden during the presentation, McDell-Hernández said.

Another new segment will focus on folkloric costumes and dresses representing several different countries, she added. The audience will hear about the dress or costume’s meaning and what event it was worn for as well, noted McDell-Hernández. A question-and-answer portion will follow, she said.

The finale will be led by music group, Orquesta La Muralla, she added.

"Because, they’ve had so many members of the years, there is a bit of a range in ages," McDell-Hernández said. "They sing salsa and merengue, so we’re hoping people get up and dance."