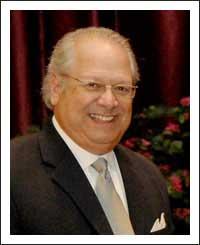 CHILI — Eduardo Navarro, former chairman of the Rochester Hispanic Business Association, died April 1, 2010, after a yearlong battle with cancer. He was 60 years old.

Navarro moved to Rochester with his parents and four siblings when he was 12, not knowing a word of English, said Grace Tillinghast, the business association’s current chairwoman. Navarro went on find success as a businessman and became owner and president of EIC Industries, an electronics company, she added.

"It was a triumph … the American dream (come true)," she remarked.

Tillinghast met Navarro 15 years ago at a Small Business Administration conference but felt as if she already knew him, she said. Through her job in the international division at Eastman Kodak Co., Tillinghast had gotten to know Navarro’s father, also Eduardo, and learned a lot about the family, including how they had escaped Fidel Castro’s regime in Cuba in the early 1960s.

About four years ago, Navarro asked Tillinghast to take a more active role in the association that she had helped found, she said. She served as Navarro’s right-hand person, helping him with all his presentations and writing articles and letters on behalf of the association, Tillinghast said. At the group’s 20th-anniversary celebration last fall, Navarro passed the baton to Tillinghast.

She said that Navarro, who had served four years as RHBA’s president and was Hispanic Businessman of the Year in 2000, had been a great help in the leadership transition.

She said the large turnout of supporters at Navarro’s funeral on April 5, 2010, at St. Pius Tenth Church was evidence of how much Navarro was respected and loved.

"He was a wonderful person," said Father Timothy Brown, sacramental minister at St. Pius. "Ed walked the walk of holiness, the walk of faith."

Navarro had been an active member of the parish and sang with the church choir, Father Brown said.

"He was a compassionate, generous and fun-loving person who enjoyed life so much," he noted. "He leaves us with a great example to live life by."

After graduating from Aquinas Institute, Navarro went to Monroe Community College but dropped out. He worked at Eastman Kodak Co. as well as the City of Rochester’s community-development department, Tillinghast said. Before he purchased EIC in 1999, Navarro also had worked at other high-tech companies, according to the EIC’s Web site.

Navarro was predeceased by his father, Eduardo. He is survived by his wife of 37 years, Beth; his son, Edward; two daughters and a son-in-law, Nicole Navarro and Dana and Donald Lindsay; his mother, Gliselda; two brothers, Juan and Alexander; four sisters, Maria, Jalice, Berenice and Elizabeth; and a grandson.

Donations may be made to support pancreatic cancer research or to St. Pius Tenth Church’s choir.