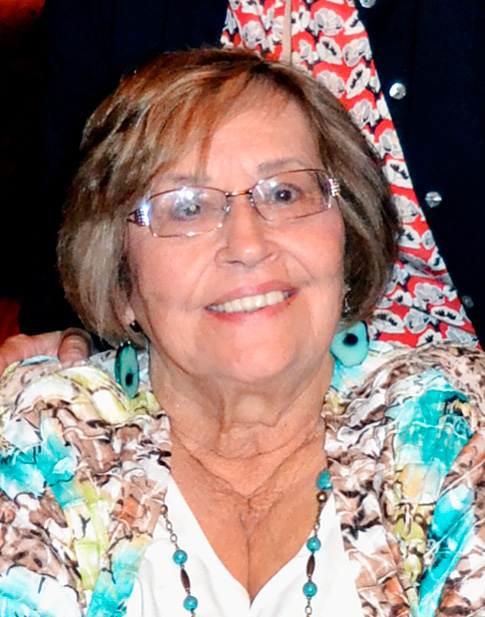 ROCHESTER — Crimilda Rosario, a longtime advocate and leader in Hispanic ministry at the former Corpus Christi Church, died suddenly Feb. 4, 2015, in her native Puerto Rico at the age of 75.

Mrs. Rosario moved to Rochester from Chicago in 1967, said her husband, Joe. She first moved to Chicago from her native San Juan, he said, when she was 13 years old. The couple, who were married for 48 years, first lived in New York before coming to Rochester, he said.

She first worked as a teacher’s aide in the Rochester City School District, said Father Laurence Tracy, who celebrated her funeral Mass on Feb. 12, 2015, at Our Lady of the Americas Church. But she always wanted to be a teacher, said Joe Rosario. So, she went back to school and ended up obtaining degrees in English and Spanish and spent about three decades as an elementary school teacher, he added.

"She was a special teacher for the children," said Joe Rosario. "They loved her like crazy, and she loved the children."

Mrs. Rosario also provided cultural sensitivity programs to other teachers, said Father Tracy, whom she would tap to provide information on Latino cultural values as part of that training.

Following retirement, the couple spent part of the winter in Florida, her husband said. They were visiting with friends and family in Puerto Rico when she died, he explained.

Mrs. Rosario also was active in many aspects of the church, from the Cursillo movement, which offered spiritual retreats for Hispanics, to Marriage Encounter and the charismatic movement, said Father Tracy.

She gave 110 percent in her work with couples, said her longtime friend, Carmen Rosa, during one of three eulogies for Mrs. Rosario.

"A happy family made her the happiest," said Carmen Rosa.

As the Latino community at Corpus had always been smaller than at other city parishes, Mrs. Rosario always worked hard to make sure they were integrated into the life of the parish, noted Father Tracy.

"She was very faithful but frustrated when the church wasn’t being sensitive to Hispanics," he said.

Mrs. Rosario also was a poet and was very artistic, he said.

During her funeral Mass, her sister, Alicia Rodríguez, read Mrs. Rosario’s thank-you note to family and friends who threw her a surprise 75th birthday party last fall. She had taken so long to write a note, the letter said, because she could not find a way that adequately expressed her gratitude.

"She was so happy to celebrate with her family," Rodríguez said.

In addition to her husband, Mrs. Rosario is survived by her daughter, Roselinda Torres; her sisters and brothers-in-law, Mary and Emilio Serrano and Alicia Rodríguez; her brothers and sisters-in-law, Florentino and Edna Vega, Frank and Millie Vega and John Vega.