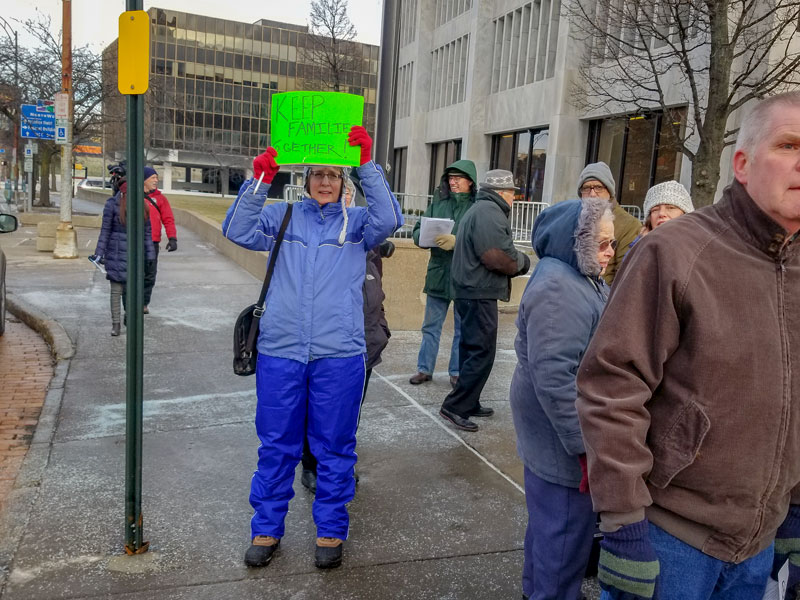 ROCHESTER — Immigrant advocates and faith groups who are members of the Rochester Rapid Response Network rallied in front of the Federal Building last month to support a farmworker facing deportation.

Following the Jan. 24 rally, the group entered the building to attend the immigration hearing for Gilberto Reyes-Herrera, a native of Mexico who is a father of three children who are U.S. citizens. He was taken into custody following a June 29, 2017, traffic stop in Yates County, where the driver was stopped for not wearing a seat belt, explained Carly Fox from the Worker Justice Center of New York. Reyes-Herrera was a passenger and was arrested after being asked for identification, she said.

He has been living and working in the United States for more than 20 years, Fox noted.

The trial was very emotional, Fox said, with Reyes-Herrera and his family members in tears as they answered questions from the judge. Reyes-Herrera pleaded guilty to felony re-entry and was sentenced to time served, she said.

Following the hearing, Reyes-Herrera was transferred to the Federal Detention Center in Batavia. He may face another administrative proceeding before deportation, Fox said, as advocates pursue assistance from local congressional delegates.

Donations are being accepted to help the family. For more information, e-mail potterwoods1@yahoo.com. A video from the rally is available at facebook.com/mensajerorochester.