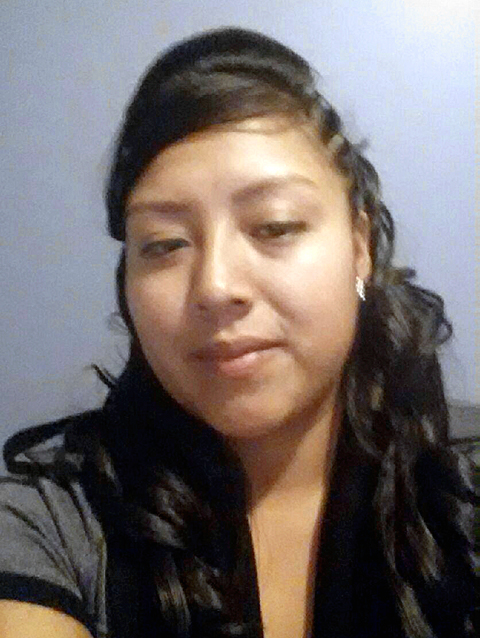 A local woman who arrived in the Rochester area as a migrant worker from Mexico is realizing the American dream of making a better life for herself and her family.

Ariana Bartalon Bravo is a 25-year-old home health aide in Penn Yan. She moved from Chiapas, Mexico, to the Finger Lakes region a decade ago to be with her mom, who was and continues to be a farmworker.

She began attending high school without knowing a word of English and worked in the fields alongside her mother on weekends and during school vacations. Upon graduation in 2011, Bartalon Bravo moved to New Jersey and worked the fields there for another two years.

After returning home, she successfully applied for Deferred Action for Children of Immigrants (DACA) and received a work permit in 2014.

Last year after visiting a local community center, she learned about a training and education program at PathStone and decided to pursue that opportunity with the nonprofit organization based in Rochester.

"I was thinking about, you know, to get going, I need something better in my life like every other person," Bartalon Bravo said. "This was a good point to start."

"As they get employed and trained, they are invested in helping others as well," he added. "There are some community resources now that were never there before, with better access to health care and employment opportunities. When folks get out of agriculture, a lot of the time, they move into higher paying job. That’s been the case with every immigrant community since the 1850s."

Bartalon Bravo chose the home health aide track, and said that the program helped her improve her language skills and learn more about American culture and interacting with clients. Learning English while trying to get through high school had been a huge task, Bartalon Bravo remarked. Pronunciation was difficult and she still is working on writing in English.

"That’s a big opportunity to get a better job, get a better future," she said of training programs like PathStone’s that are available to immigrants. "Also, it helps this country, too, helps the economy."

In addition to such training programs, Bartalon Bravo noted that DACA and Deferred Action for Parents of Americans (DAPA) also provide immigrants with a path to a better life, which helps this country as well by increasing their purchasing power and paying into the tax system.

DAPA, President Barack Obama’s 2015 executive action that the Supreme Court will review this year, would benefit parents like hers, she said.

She herself now works full time for an agency, which she did not want to name, and has purchased a car to help her mother and siblings get around.

"By giving more jobs, people can buy more and contribute to the government too," Bartalon Bravo said.