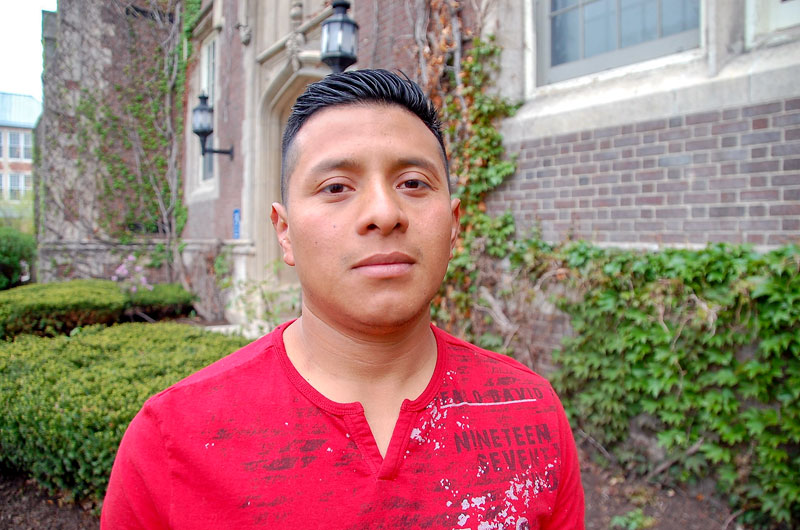 ROCHESTER — Members of the Rochester City Council joined with immigration advocates last month to call on Gov. Andrew Cuomo to issue an executive order to allow immigrants, regardless of their status, to apply for driver’s licenses.

Earlier this year, the council and Mayor Lovely Warren sent a letter to the governor in support of the Green Light: Driving Together campaign created by migrant workers in Western New York, said Councilman Adam McFadden during an Aug. 21 press conference in front of City Hall. During the press conference, he also read a statement from Councilwoman Jackie Ortiz, who could not attend but had spearheaded the city’s involvement in the campaign.

A week later, one of the cofounders of Alianza Agricola that has led the driver’s license campaign was detained by immigration officials following a traffic stop, according to information from the Worker Justice Center that also has been advocating for the campaign. Carlos Cardona was pulled over by Attica police on Aug. 30 and turned over to U.S. Customs and Border Protection for not having a valid driver’s license. He is being held at the Buffalo Federal Detention Center and faces deportation and separation from his wife and 3-year-old daughter.

Twelve states issue licenses to individuals who do not have Social Security numbers, according to information from the Worker Justice Center. Without driver’s licenses, migrant workers must rely on others in order to shop, go to doctors’ appointments or visit their children’s schools, Luis Jiménez, a dairy worker from Livingston County, said during the Aug. 21 press conference. Many deportations and separation of families have begun with traffic stops after workers could not produce valid IDs, he said, as happened to Cardona.

“We all have the right to move about as we wish,” Jiménez said. “For me, not having a (driver’s) license hits close to home because I have a family.”

He hopes Cuomo will soon sign an order that can take that stress off families like his, he added.

The issue was raised in a televised debate Aug. 29 between Cuomo and Cynthia Nixon, who are both running for the Democratic nomination for governor in the Sept. 13 primary. Cuomo said he is leaving the issue up to the state Legislature, as an executive order has not been successful in the past.