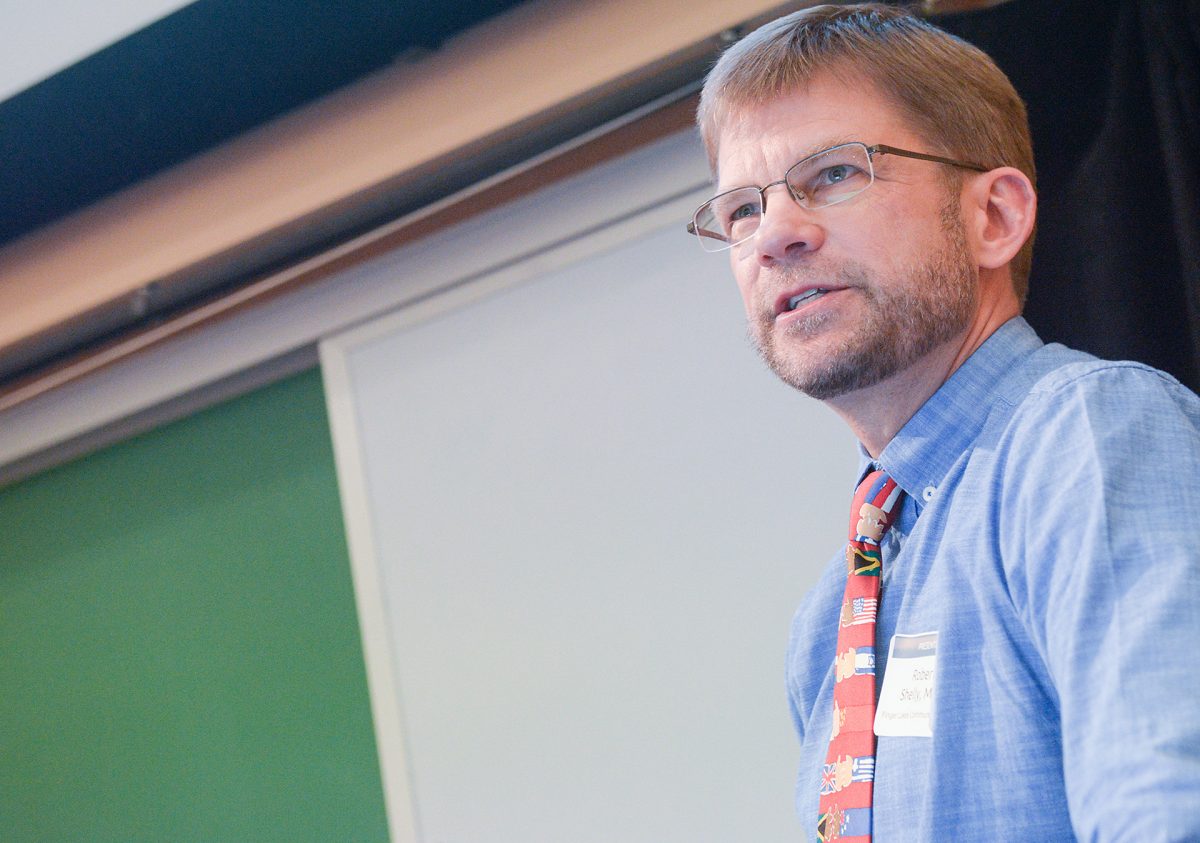 Students from the University of Rochester School of Medicine and Dentistry partnered with Alianza Agrícola last month to host the school’s first student-led conference about the barriers immigrants face in receiving health care.

“Im/migrant Worker Conference: Healthcare Barriers and Solutions” took place at the school on Feb. 23. The conference featured speakers from Alianza Agrícola, a farmworker-led, grassroots organization focused on workplace and economic justice for immigrant workers, who shared their personal stories.

Sara Curtis of Alianza Agrícola, who also is a program associate with the Rapid Response Network, said organizations like the ones present at the conference are filling a gap when there are limited resources and services.

“Today is special because we can focus on health impacts, health barriers and lack of health access. I have known many Alianza Agrícola members and others who are part of the immigrant farmworker community who were injured on the job and couldn’t get to the doctor or hospital because they feared the boss,” Curtis said, explaining that the workers were afraid that their bosses would have them deported.

Alianza Agrícola member Victor Cortez, who relocated from Mexico to the United States 10 years ago and began working on a dairy farm, knows such fear. He said he was mistreated by bosses who would threaten to have workers deported if they complained or otherwise did not do what they were asked.

“I didn’t know my rights before joining (Alianza Agrícola),” Cortez said. “It’s important to know there’s groups that will help and let workers know what benefits they have.”

Cortez added that in order to help workers understand their rights, Alianza Agrícola offers “Know Your Rights” education workshops that are focused on employment law and occupational health and safety.

“It comes down to lack of information. We can’t just leave it to the boss to inform their employee of their full legal rights,” Curtis noted.