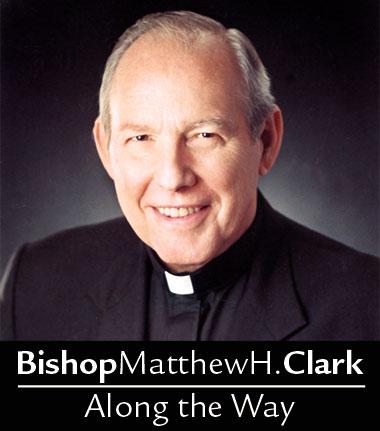 I am sure you shared my distress over the recent controversy surrounding a religious leader’s threat to publicly burn copies of the Quran, the sacred scriptures of Islam. While I was relieved that he relented after considerable worldwide pressure, including from the Holy See, I remain concerned about the climate that would generate such a hateful act and even widely reported acts of desecration against Muslims.

As Catholics, we should and must condemn such hatred and discrimination as followers of the Christ who rejected no one and who taught us to love our neighbors. As a people of faith who value and uphold all human life and dignity from conception to natural death, and as Christians and as Americans, we must be saddened by the hateful rhetoric against Muslims — or any group of people because of their religious beliefs. We must always reject any act or use of language that aims to hurt, stereotype or condemn people because of their religious beliefs. And we must hold fast to our belief that all people on this earth are sisters and brothers who are inextricably linked — created by a loving and benevolent God who desires a world of harmony, compassion and peace.

The church has made its feelings clear. I think of the beautiful words of Nostre Aetate (Latin for "In Our Age") the momentous Vatican II document of 1965 that opened up a new era in interfaith relations involving the Catholic Church: "One is the community of all peoples, one their origin, for God made the whole human race to live over the face of the earth. … The Catholic Church rejects nothing that is true and holy in these religions. She regards with sincere reverence those ways of conduct and of life, those precepts and teachings which, though differing in many aspects from the ones she holds and sets forth, nonetheless often reflect a ray of that Truth which enlightens all."

I think also of the statement issued recently by Pope Benedict XVI’s Pontifical Council for Interreligious Dialogue, which called for an end to religious hatred and such acts as desecration of the Quran. "Each religion, with its respective sacred books, places of worship and symbols, has the right to respect and protection. We are speaking about the respect to be accorded the dignity of the person who is an adherent of that religion and his/her free choice in religious matters."

Nor must we let fear and ignorance — or the acts of extremists who practice violence in the false name of their faith — lead us to judge or condemn others who hold religious beliefs other than our own.

In our own diocese, we have worked hard — and in many cases as national pioneers — to establish bonds of friendship, mutual respect and protection with other Christian denominations, with the Jewish community, Muslims and many other faith groups.

I am proud of the fact that our diocese signed one of the first covenants with the Episcopal Diocese of Rochester 22 years ago; that we are engaged in interfaith and ecumenical conversations with nearly every faith group in our area; that we were the first Roman Catholic diocese in the nation to sign an accord of understanding with the Jewish community a dozen years ago; and that we broke new ground with the historic Muslim-Catholic Agreement of Understanding and Cooperation, signed in 2003. Each of these actions has led not only to mutual understanding and respect, but programs and joint projects that truly have bettered our community. Indeed, with the Jewish and Muslim communities, our ongoing dialogues and long-term commitments to such relationships has meant a world of difference when national issues or incidents have arisen recently.

You might be wondering what you can do as an individual or as a members of a faith community.

First of all, I urge you to join me in praying that our society can truly come to embrace our national diversity, which is growing and already has led to a rich harvest of new ideas and new synergies for an America built on diversity. Second, let us all strive to learn more about other religions we might not fully understand or get to know our neighbors and coworkers of different faiths, looking for not only differences but the great similarities that bind all the world’s great religions. And if you feel you wish to delve more deeply into this noble work, opportunities for interfaith dialogue and learning about other faith groups abound. I invite you to sample some by visiting our website on ecumenical and interreligious affairs (www.dor.org/psm/documents/EcumenicalandInterreligiousAffairs.htm).

I can tell you from personal experience that engaging people of other beliefs face to face in an honest, sincere and open way is incredibly rewarding, and powerfully transforming. I also have come to know through experience that sharing my own deeply held beliefs and feelings about God with others, speaking them out loud, somehow affirms for me yet again the things I cherish most

Finally, let us all seek to be peacemakers, to reject insults and acts that defame and hurt people, that categorize or separate people. This, I truly believe, is what Jesus, who proclaimed that "blessed are the peacemakers," would want us to do.