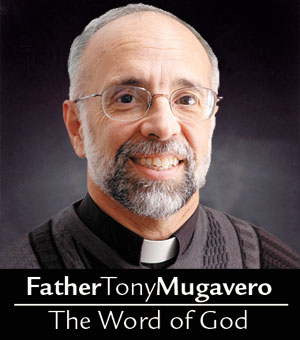 A minister at a church realized that his congregation seemed to go to church just to attend. There was no passion, no joy, no fire, no dedication and no strong commitment. His parishioners seemed numb and complacent.

Thus, he decided to invite an old friend who had a powerful story to visit his church on a Sunday to tell his story.

His friend was short, old and had a limp, and the only thing he could do was drag his feet as he walked toward the pulpit. Finally, he got to the pulpit, looked at the congregation and said: "I want to tell you a story that has been very meaningful to me."

"One day in particular, a father, who was an expert fisherman, took his son and his son’s friend fishing. Everything was going well when without notice a very bad and violent storm broke out in the sea. In a couple of minutes everything changed and his small fishing boat was hit by the waves of the great storm — it was shaken and jostled like a toy boat and it capsized."

While this friend was relating this part of the story of the furious storm and the fishing boat and its passengers at risk, the youths sitting in one of the pews began to liven up, listen and pay more attention to see what had happened. And the old man continued his story.

"Well, while the boat was capsizing very rapidly — no one had time to get anything — including their life jackets.

"The father could hold on to the small fishing boat as it was capsizing … but his son and his son’s friend could not! And very soon they were carried away by the massive waves of the ferocious storm.

"The father holding on to the boat realized what was happening to the boys, and could untie a long rope that was in the boat. When he was finally able to wrap it in his hand, he knew he could only throw it once and only to one of the boys. He had no time left. He only had seconds to decide what to do because after that the boys would be out of reach.

"He could not rescue both boys. He could only save one, and he had to make an instant decision."

While the old man continued his story, the youths were at the edge of their seats listening. He continued, saying:

"At that moment, the father realized that his son knew who Jesus was, the Lord, and that he had a true relationship with Him, but, his son’s friend did not. Thus, the father made the decision and shouted as loudly and passionately as he could to his son, ‘I love you so much!,’ and he threw the rope to his son’s friend."

The old man at the pulpit, ended by saying that the example of the father in this story helped him realized how much God Father loved us — by letting His Own Son suffer and die for us.

After the service, the youths sitting in the pew who had transformed from being bored in church to listening attentively to the story went to the old man and said, "We liked your story, but it does not seem to be realistic, practical or possible. What father would go over his own son to save his son’s friend?"

The old man with a look of compassion on his face that the youths had never seen — looked directly into their eyes and said, "No boys, this love is very real. You see, I am the father in the story and your pastor was my son’s friend."

My dear friends, I pray that neither you nor I ever forget and always remember and be drawn by the deepest love there is. While we contemplate the suffering and sacrifice of Jesus for us, let us not forget and be always drawn by the incredible, unimaginable and unspeakable sacrifice of God Father who is behind all this.

The God who shouted as loudly and as passionately as possible to His Son, "I love you so much!" And he threw us the rope!

Father Mugavero is the pastor of the Holy Apostles Church in Rochester.