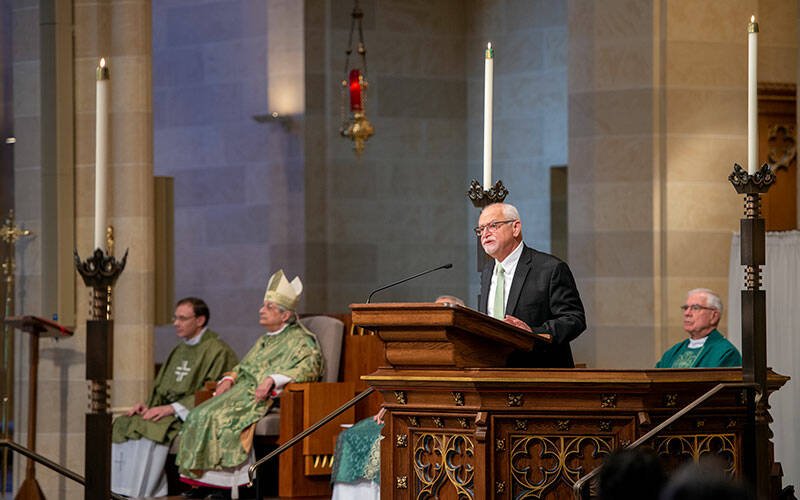 Hundreds of people throughout the Diocese of Rochester have been talking in recent weeks about how best to fulfill the Catholic Church’s mission.

Their conversations, taking place in small groups that varied in size and makeup, are part of the local phase of the worldwide XVI Ordinary General Assembly of the Synod of Bishops.

“I am incredibly amazed at the response we’ve received at this point. I think we’re off to a really good start here in our process,” said Bernard Grizard, director of the diocesan Office of Pastoral Services. “Hopefully it will help us to define our path forward as church.”

There’s still time for every member of the diocese to help define that path by participating in the discussions, which are the local component of the two-year Synod process convened by Pope Francis in October 2021.

The listening sessions began in mid-November and have focused on the Synod’s 10 themes, covering such topics as journeying with and listening to others; liturgical celebrations; and dialogue in the church, with society and with other denominations. Discussion questions related to each theme may be found on the diocesan Synod website.

Listening sessions based on these themes have been taking place in several dozen small groups, said Grizard, who is one of two diocesan representatives for the Synod, along with Shannon Kilbridge, assistant director of the Office of Pastoral Services.

Examples of small discussion groups might be the members of a parish’s pastoral council, people interested in a particular ministry or outreach, or a handful of parishioners who simply are interested in the Synod process and have accepted the invitation to participate, Grizard explained.

Listening sessions can be informal, and those involved are free to focus on the themes that interest them; there is no obligation to cover all 10, he added.

At the end of each listening session, a member serving as facilitator or designated note-taker will compile the responses generated during the discussion and submit them to the diocese; a form for doing so is on the diocesan Synod website.

Listening sessions conducted thus far have taken a wide variety of formats — from in-person gatherings and phone conversations to virtual meetings on Zoom, Kilbridge said. Such flexibility encourages participation by people who may not be comfortable going out due to concerns about COVID-19 or inclement weather, as well as those who are homebound temporarily or permanently due to illness, she said.

“I’m just so pleased to see the creativity being used,” she said, noting that resources provided by the diocese are meant to be used as flexibly as possible.

“Our experiences in our parishes because of the pandemic have been varied, and so we wanted to make sure that this was something easily adaptable to the different experiences, and to being used outside of the parish experience,” Kilbridge said.

Synod discussions also can take place outside of organized listening sessions, she said, noting that people are free to submit Synod input on their own or based on casual conversations with neighbors, friends or relatives. Such conversations actually are encouraged, Kilbridge said.

Informal, casual discussions are ways to reach “people who might not ever come to the parish,” she said. “We’re also looking at this as an opportunity to reach out to people who maybe haven’t come back since the pandemic began, to re-engage them in the life of the parish and to invite them back to celebrate the Eucharist together.”

Former Catholics who have left the church also are welcome to provide input, as are non-Catholics, Grizard added.

Local responses will be synthesized into a 10-page report, which will be shared within the diocese and sent to the U.S. Conference of Catholic Bishops by June 30, Kilbridge said.

The USCCB, in turn, will create its own report for submission to the Vatican by March 2023. Reports from bishops’ conferences throughout the world will be incorporated into a working document prepared as a basis for discussion at the Synod of Bishops in Rome in October 2023. 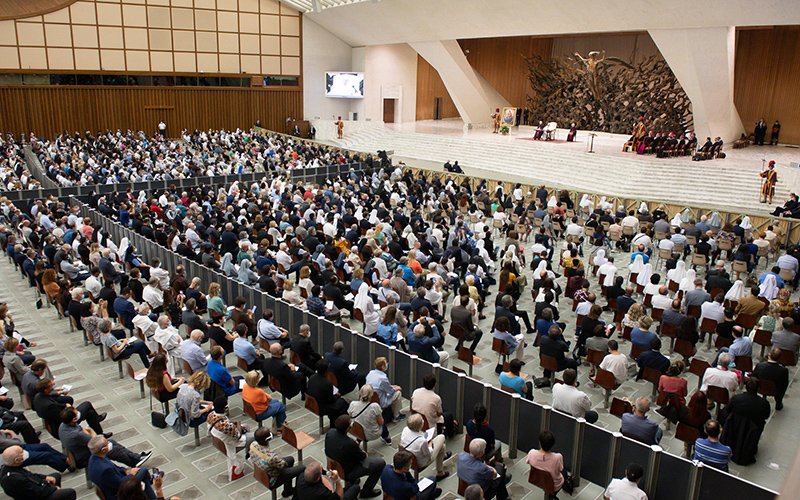