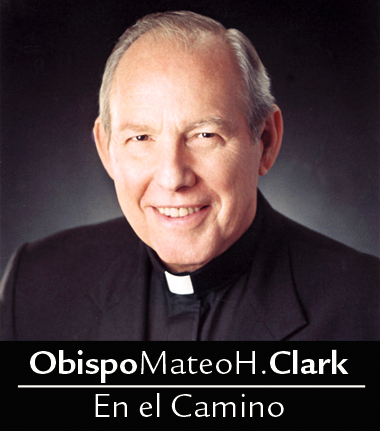 Since the announcement that Timothy Dolan, Archbishop of New York, was to be made a cardinal of the church, many of you have expressed interest and asked questions about Archbishop Dolan, his new status and its implication for all of us.

In the weeks following the event, the archbishop has received much attention in the media, and so has the College of Cardinals. In view of that high interest and wide publicity, I thought you might enjoy some personal reflections on my trip to Rome to participate in the events of those days.

I first met Tim Dolan in 1972 when I went to the North American College in Rome to serve a seven-year term as spiritual director on the college staff. Tim was a student for the Archdiocese of St. Louis and brought to the college — and to all that he did — a bright mind, a generous spirit and a wonderful sense of humor. As a mentor to many students during those years, I was often fascinated by their wide range of gifts and inspired by their generous hearts.

It was a pleasure to be with them all, to witness from a privileged perspective their developing relationships with the Lord. Although they all responded to a common call, each had his own name, each had his own path. Some were quiet and introspective; others were more outgoing. There were students from tiny villages and great cities. They came from all parts of our country. Their family backgrounds varied, and so did the challenges they faced.

I took delight in working with them, and found those years in Rome to be a special grace in my own life. The students were at the core of my growth during those years. I did then and continue now to thank the Lord for the example of their goodness, openness and love for the Lord.

When Tim was due to come in for a conversation, I knew that there would be some laughter and I always looked forward to that. I appreciated his sense of humor, which was evident not just in private conversation but in all of his interaction with others. No less did I anticipate or appreciate his seriousness of purpose and the simple honesty that characterized him.

Such memories were stimulated by an article in The New York Times on Feb. 16, the day I left for Rome. It had to do with Tim’s relationship with a doctor who is helping him deal with the challenge of keeping a healthy weight — something that can be difficult for a person who, like Tim, copes with much pressure and who is constantly at events at which food is available in abundance.

But here he was handling with self-deprecating humor what most of us would consider a fairly sensitive topic. I wondered how many people who read the article might be encouraged in their struggle with the same issue.

There were two events in and through which Archbishop Dolan and 21 others, including Edwin O’Brien, the Archbishop Emeritus of Baltimore, were created cardinals. The first, called the Public Consistory, was held on Saturday, Feb. 18, at the Basilica of St. Peter. This event had three principal elements — the conferral of the red biretta, the presentation of cardinatial ring designed for the occasion and the assignment to each of his titular church — an active parish in Rome for which the cardinal will be a special patron. (In this assignment an ardent hope of Archbishop Dolan’s was realized. He wanted a parish with a Marian title and was assigned the Church of Our Lady of Guadalupe in the Monte Mario section of the city.)

The Public Consistory was a prayer service, not a eucharistic liturgy. Its order was greeting; opening prayer; a reading from Mark about the sons of Zebedee, their ambitions and the instruction of Jesus about service and self-sacrifice; a brief reflection by Pope Benedict; the prayer by Benedict that formally declared the 22 to be cardinals of the church; profession of faith and special declaration of obedience to the Holy Father; the presentation of biretta, ring and assignment of titular church; Our Father; concluding prayers.

The ceremony lasted for an hour and a half. It was prayerful, thoughtful and was meant to highlight the significance of the College of Cardinals.

When most of us consider the College of Cardinals we think first of their duty and privilege to elect a new pope when the See of Peter is vacant. Without doubt that is its highest-profile function.

But the deepest roots of the college go back to the first clergy of the city, and they are considered the successors of that first group — hence the assignment of titular churches.

This implies a particular and special union of the college with the Bishop of Rome (the Holy Father) with whom they are to give a modern-day witness to the martyrdom of Ss. Peter and Paul. In the prayer of creation of the new cardinals, Pope Benedict said, "We are about to carry out an agreeable and solemn task of our sacred ministry. It chiefly concerns the church of Rome, but it also affects the entire ecclesial community. We call certain of our brethren to enter the College of Cardinals, so that they may be united with the Chair of Peter in a close bond in our apostolic ministry. Having been invested with the sacred purple, they are to be fearless witnesses to Christ in the City of Rome and in faraway regions."

The connection to the witness of the faith even to the point of martyrdom is captured in the prayer offered in the presentation of the biretta. "To the glory of Almighty God and the honor of the Apostolic See, receive the scarlet biretta as a sign of the dignity of the Cardinalate, signifying your readiness to act with courage even to the shedding of your blood for the increase of the Christian faith; for the peace and tranquility of the people of God and for the freedom and growth of the Holy Roman Church."

The other main event was a Mass of Thanksgiving at St. Peter’s on Sunday morning. While the great church was celebrating the seventh Sunday of Ordinary Time, we were celebrating the Feast of the Chair of Peter — the ministry of our Holy Father, Pope Benedict, Bishop of Rome.

The pope in his homily reflected on the magnificent Altar of the Chair in the basilica. It reminded me of his homily at St. Patrick’s in New York when he visited our country in 2008. At that time he drew his reflection from the stunning architectural features of that magnificent cathedral.

Both celebrations filled the basilica. Virtually all 150 members of the College of Cardinals were present along with the 250 to 300 bishops and a range of God’s holy people from around the globe. All present, I think, traveled home with happy memories and much to think about.

I mentioned to you when I returned from our ad limina visit in late December that every trip I take to Rome is a special time of memory and thanksgiving for the blessings I experienced in my years in that city. This trip was no exception.

The focal point on this occasion was a special moment for Archbishop Timothy Dolan, for the Archdiocese of New York, for all of the dioceses of our province and for the whole church. As is always the case, the tour broadened my awareness of others who, like Tim, enriched my life by somehow embodying and sharing with me the very love of Christ. I returned home grateful to all of them for that gift; and with the hope that, inspired by them, I can do the same for others.