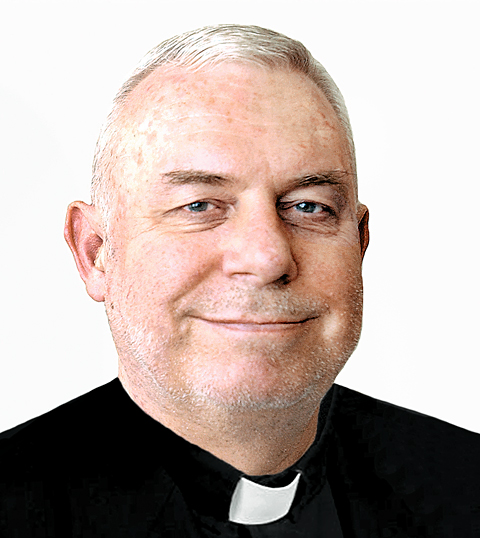 Looking back on his ministry over the last 50 years, Father Laurence Tracy said he doesn’t consider himself a leader in the local Latino community, but instead a constant supporter of Latino leaders. And he is proud that those leaders often call on him to assist in their endeavors, he said.

He is a founding member of Ibero-American Action League, a nonprofit agency created in 1969 that continues to serve the Rochester Hispanic community. In 1989, Father Tracy helped found El Instituto de Pastoral Hispano, a program at St. Bernard’s Institute, which became St. Bernard’s School of Theology and Ministry in 2002.

"The Latino community (sees) me as a valuable asset in accomplishing their goals," he said. "I’m very happy to play that role."

Father Tracy said his interest in working with the community dates back to his seminary days, when he took a Spanish class and volunteered at the former St. Martin de Porres Center in Rochester that helped families from Puerto Rico settle in Rochester.

"I tell people I’m a slow learner, it only took me 50 years," he joked about perfecting his Spanish.

He then served as Mt. Carmel’s copastor from 1970-81. Subsequently, he was named associate director of the diocesan Division of Social Ministries for Hispanic Affairs, a position he said was created for him because of his advocacy work with the Spanish Action Coalition of Rochester.

He next served as associate pastor of Rochester’s St. Andrew Church (1983-84). In 1984, he was appointed pastoral assistant with the Office of the Spanish Apostolate, and in 1992 also became part-time sacramental minister at Rochester’s St. Michael Church. Working in the apostolate "was one of my happiest times," Father Tracy remarked.

From 1993-2002, he served as parochial vicar of the Community of Hope, which comprised Mt. Carmel, St. Michael and Holy Redeemer/St. Francis Xavier in Rochester. He reached senior-priest status, in 2011 but continues to serve as needed as a sacramental minister celebrating Spanish Masses and visiting the sick for Rochester’s St. Frances Xavier Cabrini Parish.

Regarding celebration of his jubilee, he said with a laugh that the Hispanic community is probably planing something special that is being kept a secret from him.