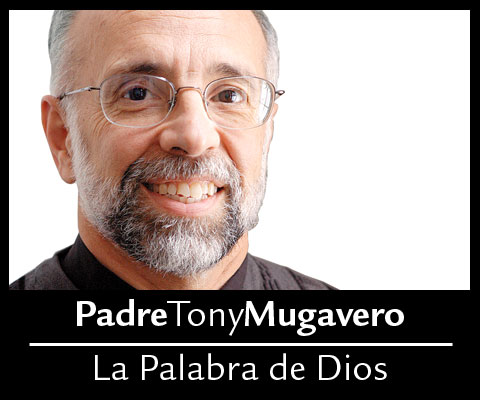 All is a gift!

All is on loan…

I have a right to nothing

All is a privilege!

If we could only breathe in ‘that air’!

If we could only live out of ‘that’ atmosphere and attitude, we would be released from so much tension!

Inner peace would really be ours, and we would be so much happier and free. And this disposition and perspective would open us up to so many more blessings…

The truth is my dear friends that you and I have received so much and yet have taken so much for granted! …What a shame! May the Lord God Himself deliver us from such a sad state!

I myself remember dearly one such time in my life, when I was brought to be in touch with real blessings I had never thought much about and truly had taken way too much for granted… This took place more that 23 years ago when I went on a sabbatical to India and Israel. I wanted to go to India because I wanted to experience 3rd world poverty close up and also see how Christians there responded to it. …And if truth were to be told, I experienced much more that I had ‘bargained for’!

Almost immediately upon arriving in Calcutta, India I smelled foul odors; I experienced the burning sensation in my eyes from smoke clouds hanging in the air from the animal dung that had to be burnt for fuel; and I breathed in the black smog of pollution from vehicles that seemed ‘ancient’. …I felt sweat constantly dripping from all over me because of what seemed like 100% humidity – with no relief and no indoor plumbing… And it goes without saying: there was no air conditioning and no ice. The only relief to be found was to dump a pail of water over my head, only to find that within a few seconds, I would be sweating all over again…

No traffic lights were working and I saw lots of old cars and trucks broken down all over the place… Thousands were sleeping in the streets, on sidewalks or in filthy areas of public transportation like train stations – with all having to clean and wash themselves in front of everyone else.

Without boiled water, I myself had nothing safe to drink… I also had very little to eat and what was available to eat was always the same day after day: a little rice and a little currie – morning, noon and night… It did not take much to feel nauseous and very weak. Though I had gone to learn from others and to try to serve others, I assure you, for me it was very difficult to do this and not be self-absorbed with the little energy and lack of strength I had.

There is no way that I can capture for you the shock to my system and all this was for me – no longer experiencing all that I had grown accustomed to up until that time of my life… All that I had taken for granted – no longer available. … All that I simply never questioned – not there! My comfort zone was stripped way past what I would have personally allowed it to be. I wanted to be exposed to poverty like I never had… and I was. It was overwhelming…

It also did me a lot of good. I did not realize this, however until I left this poverty behind and began to experience once again, what previously I had been taking for granted… If you will, there was a re-setting of my

I began giving thanks to God from the depths of my heart for things I never really had done this for: like for water I could freely drink or like a refreshing shower I could simply stand under… Like for air that I could breathe without pollution and black soot or the burning smoke clouds of animal dung…I was thrilled and literally praised God for walls that were clean and painted, for vehicles that worked, for electricity that ran, for traffic lights that functioned and anything that had a sense of order.

And what more can I tell you regarding food…! While I had been in Calcutta, I stayed with the Missionary of Charity Brothers. Since they had one main dish to always eat (rice and curry), the Superior of the House assumed that where I came from, we must have one main food that we eat all the time too. So he asked me, ‘What is the main dish you eat where you live in your part of the world?’… I was taken off guard by the question and to be honest, the only thing that I could think of was WEGMAN’S – and I could imagine all the aisles of food and drinks and all the varieties of cereals and ice cream and fruits and vegetables and meats and fish and candies and desserts and everything else – and I didn’t have the heart to tell him. …So I simply said, "Pasta"… And he looked at me with a blank stare on his face and asked, "What’s that?"…

Wow… How blessed and fortunate are we? …To this day even when I eat something as simple as a fresh, green, crisp salad I am reminded ‘I did not have that in India and a renewed sense of thanksgiving for what I am about to receive comes.

I was always thankful to God, but never with such a conscious feeling for such basic things. My sabbatical journey had a profound impact on my awareness of what other simple realities I also needed to be thankful for.

Sadly, we may lack a perspective of thanksgiving for the basic necessities of life and take them for granted, as happened to me… And even more sadly, we can fail and forget to give thanks to God when we take for granted Who the Lord is and all that He has done for us.

In this season of Thanksgiving, may our "Thank You Meter" be reset to give thanks for all we have, for all the people in our lives, and for our incredible God!

Father Mugavero is pastor of Holy Apostles Parish in Rochester.